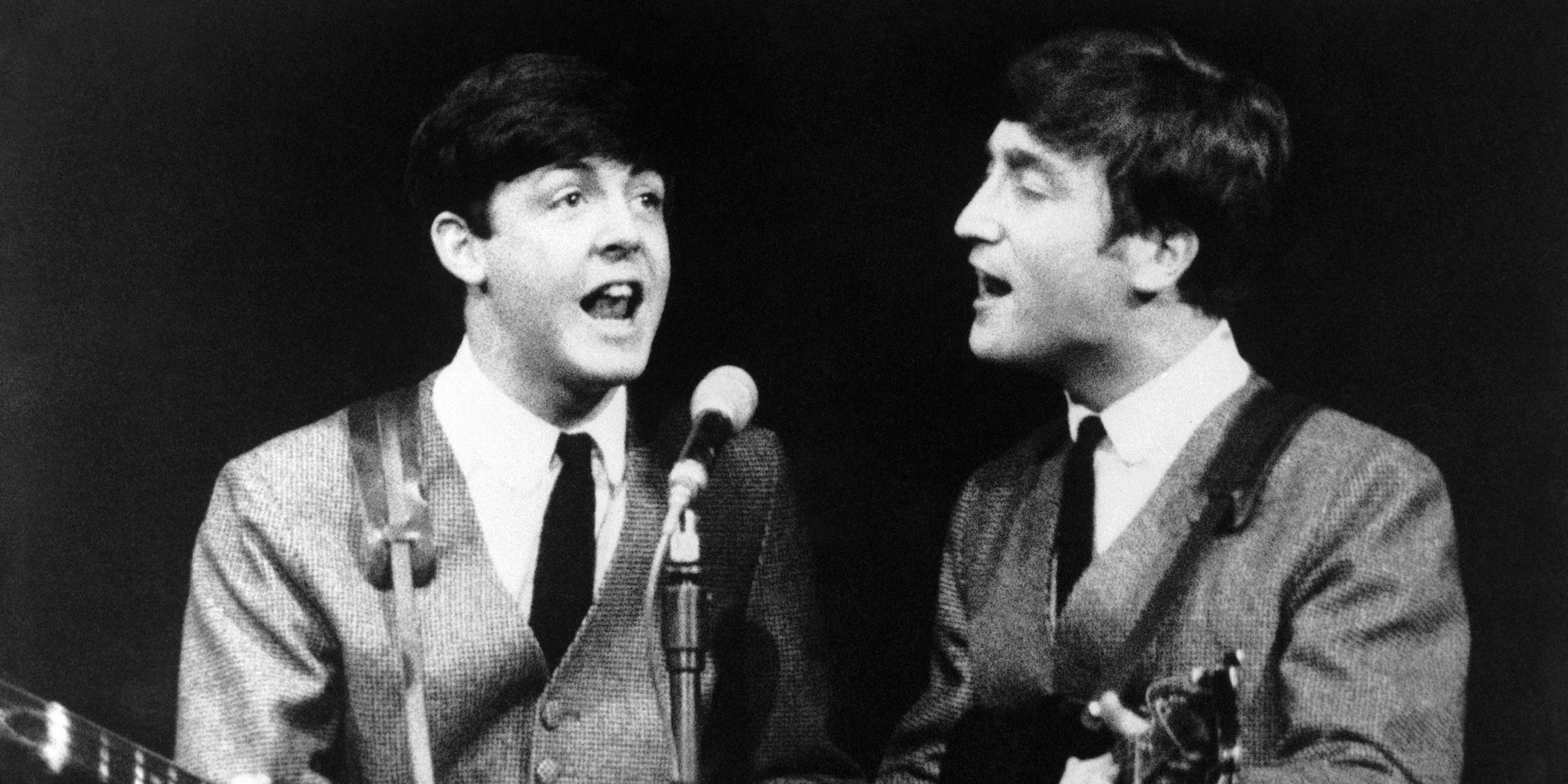 For their fourth album, Beatles For Sale, the Fab Four recorded plenty of songs by the artists who influenced them. These cover songs were from their live act, going back to their earliest days together. The Beatles were like most rock bands of their era; they were highly influenced by the American artists of the 50’s, including Chuck Berry, Little Richard, Elvis, and Buddy Holly among them.

We can’t forget Buddy Holly’s impact on our boys from Liverpool. The Beatles Anthology series notably opens with a cover of a Buddy Holly classic, from when they were still known as The Quarrymen. And speaking of the band’s name, “Beatles” was a response to Buddy Holly’s band name, the Crickets.

“Words of Love” is a very tender song, and The Beatles’ version is true to Buddy Holly’s original from 1957. We hear an acoustic guitar, hand claps, and a perfectly sung harmony by John and Paul. The song is sung softly, as if it were being whispered directly into the ear of a lover. The tone of the music and lyrics are perfectly expressive of an affectionate moment shared with a special someone.

The Page of Cups signifies a love that is sweet, innocent, and playful. This is not seductive love, which we see with the Knight. The Page shows a more idealized kind of love, common in those magical early stages of courtship. Nowhere in this song is the singer asking for anything more than whispered words of love, “soft and true.” 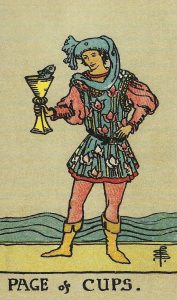 This card also works well for “Words Of Love” because the tarot’s Pages signify spoken or written messages. Combine that with the suit Cups relating to the emotional parts of life, and the translation works out perfectly as Words of Love = Page of Cups.

When you write a love note to the one you adore, send them a text with heart emojis, or bring them flowers, you are embodying the Page of Cups. When you draw this card in a tarot reading, it may be an invitation to connect with the soft and playful love you shared with that special someone, perhaps long ago. A simple gesture is all it takes: even just a few words of love whispered in their ear, soft and true.

“Let me hear you say the words I long to hear

Darling when you’re near

Words of love you whisper soft and true

Darling I love you”

This is song #7 of the Beatles Song Tarot Project. Click here to learn more about this magical, mystical trip through the Beatles catalogue.

(Scroll down to hear the studio version from Beatles For Sale.)