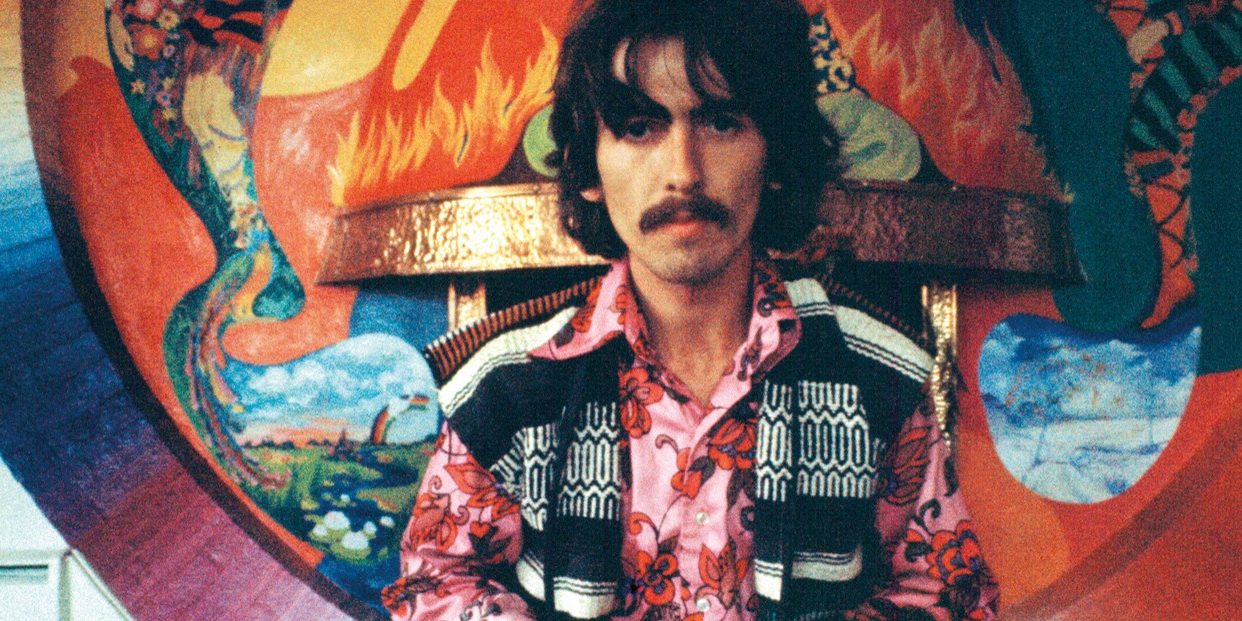 Take a deep breath in and out. For maximum impact, allow the opening notes of this song to slowly wash over you.

Sgt. Pepper has a reputation as the most cosmic and philosophical of Beatles albums, and George Harrison’s “Within You Without You” is its most overtly spiritual song. For many Beatles fans, it was their first exposure to Eastern mysticism and Indian-style music. George is the only Beatle to play on it and his tutelage under Ravi Shankar is on clear display. Its unconventional melody and instrumentation make it a distinctly exotic listening experience.

Lyrically, “Within You Without You” is a rejection of the Western virtues of individualism and materialism. The song observes that these values cause people to be egocentric, separated from each other and the greater truth that lies within themselves. George offers the listener an alternative, based on the Hindu philosophy he was studying at the time, to gain enlightenment through love and the loss of self.

The verses recall a conversation George had with Klaus Voormann, an old friend from their days in Hamburg. They discussed the separation between people and the love that could save the world, “if they only knew.” In the choruses George takes on the role of sage, speaking directly to the listener. He calls on us to recognize that the key is within us; only we can transcend the illusions of ego through embracing the oneness of all life. As the guru, George has taken on the role of the tarot’s Hermit. This card represents gaining enlightenment through introspection. We think of hermits as those who live secluded from society, using solitude to discover inner peace and wisdom. But we all can gain the wisdom of hermits, if we take some time away from society’s constant distractions and devote ourselves to listening closely for the “peace of mind, waiting there” inside of us.

The role of the tarot’s Hermit is also to be of service by showing others the way. Many versions of this card show an old man holding a lantern containing a 6-pointed star, signifying the light of spiritual truth. The Hermit carries the lantern to guide his own way, and to shine a light for others, as George has done here.

“Within You Without You” concludes with a burst of laughter, perhaps to ease the seriousness of the song’s message. Or the laughter may be a way of acknowledging that we’re all very small in the grand scheme of things. Or it may be a subtle reminder that the way to the truth of the heart is simply to laugh and be happy.

“When you’ve seen beyond yourself then you may find

Peace of mind is waiting there

And life flows on within you and without you.”

This is song #20 of the Beatles Song Tarot Project. Click here to learn more about this magical, mystical trip through the Beatles catalogue.