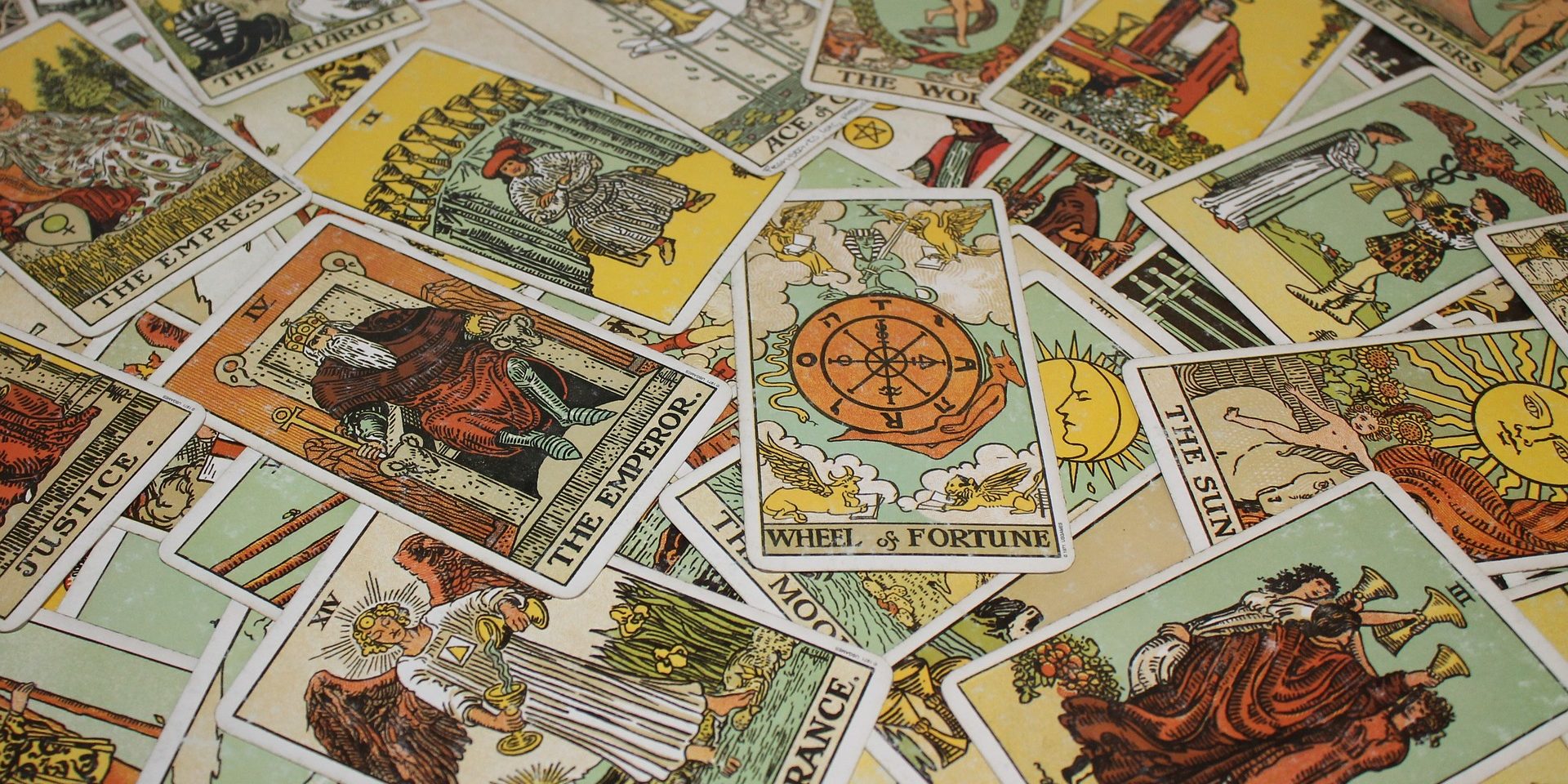 “Everything in this world has a hidden meaning.” – Nikos Kazantzakis

Those who are new to tarot undoubtedly wonder what all the fuss is about. That’s how I felt initially. I resisted getting into tarot at first because I knew so little about it, and made all kinds of assumptions about what it is and isn’t. I’m happy to shed some light on the topic for those who are curious, but also perhaps a bit resistant to getting past their likely assumptions and prejudices.

If you’re like I was before I finally dipped my toes into the tarot waters, you may be asking:

Tarot is my favorite tool for awakening. I’ve been using it every day for my own self-discovery and personal awakening for over five years now. Each morning, right after I wake up, I sit in my designated space and turn over a few cards and journal the insights I receive from within my own heart and mind. Some days I gain profound insights, others not as much. Even on these lesser days, I still gain the immense benefit of a quiet and clear mind and glimpse into possibility. Without question this daily practice has increased my mindfulness and sense of inner peace to a degree I’d never thought possible.

This post is an introduction about what tarot actually is, and is written for those who are curious about this mystical and intriguing art. As I wrote this post, I soon realized tarot is so many things that I would have to split this into three parts. Please check back soon for parts 2 and 3.

SO, WHAT IS TAROT?

Tarot is a Deck of Cards

In the simplest terms, tarot is a type of card deck. It originated in Italy in the early part of the 15th Century, with the creation of the Visconti-Sforza deck. Early decks had nothing to do with fortune telling or divination. They were created by artists for royalty, as beautiful and prestigious works of art. There was not mass printing yet, so each deck was a unique work. Soon mass printing would be invented and spread tarot decks – along with books and all sorts of information – far and wide. Soon tarot would reach France, England, Germany, and beyond. When most people think about decks of cards they think of playing cards. Standard playing cards that we use today are in many ways structurally similar to tarot, and evolved from the same source. A standard playing card deck contains 52 cards, including four suits, numbers ace through 10, face cards (King, Queen, and Jack), and a Joker. There is a structure to the deck that we have become familiar with.

The structure of a tarot deck is very similar. It contains 78 cards, including four suits, numbers ace through 10, face cards (generally called “court cards” or “royals”) and a set of 22 picture cards like the Joker. These 22 cards are called “major arcana”, and are the greatest difference between a standard card deck and tarot deck. It is within these “majors” that we find much of the fascinating symbolism of tarot. I will go into this in detail in a later post.

For now, just keep in mind that a tarot deck is a lot like your standard playing deck. It just has more cards, and there’s a greater variety of decks out there. There are medieval decks, whimsical decks, scary-looking decks, contemporary decks, something for everyone. What makes them all tarot is that they all have the same 78-card structure.

In some parts of the world, tarot is used as a playing deck, including parts of Italy and France. Because tarot contains so much imagery on the cards, however, it can be used for much more than just games. Over its centuries of evolution, tarot has become much more. Like what? Let’s continue.

Tarot is a System of Symbols

Each card in the tarot deck represents an archetype. An archetype is a universal symbol for a person, thing, or situation. Archetypes transcend time and culture, and can be understood by everyone. For example, if I say the word “teacher” you surely get a picture in your mind, as would anyone in any culture around the world. The details would differ somewhat, but the concept of “teacher” could be represented as an archetype. The same could be said for situations, like “celebration”. Every person would have their own specific memories of a celebration, but all people have a very good understanding of what one looks and feels like.

Tarot represents all of life; all people, things and situations, are represented by its 78 archetypes. A way of thinking of it is to imagine that when we hold a tarot deck in our hands, we have the entire world symbolically at our fingertips. How much easier it is to understand the complexity and apparent randomness of life when we can break it all down into 78 symbolic images! In this way tarot makes life and ourselves easier to understand; it removes randomness and replaces it with order and connections. It allows us to see with a bigger picture perspective, which eases stress and empowers us to feel that we have greater control of the forces that run our lives.

Another way to think about archetypes and tarot is that they are a bridge between infinite possibility and the actual manifested world. They make it far easier to understand the countless things that happen all around us and the incalculable reactions our minds have to those infinite possibilities. Think about it: The thoughts, feelings, and experience we have each day are indeed infinite in their possibility. By illustrating patterns and trends, tarot brings meaning to an otherwise random world.

Since they are archetypes, each card has a broad range of potential meanings. The specific meaning of any individual card is determined by the person viewing it, in the context of their lives in that moment. This means that a tarot deck is relevant for everyone always. This is important to keep in mind because it can be challenging to make the connections between ourselves and the imagery on some tarot cards. Queens, Kings, Swords? What does this have to do with me? Remember that tarot is symbolism. Part of the discovery of tarot (and mind-expansion and FUN in the process) is seeing how those Queens, Kings and Swords are relevant to you in your life.

It’s impossible to quantify all the thoughts we have each day. A million? Who knows, but it’s an awful lot, and they swirl around randomly and mindlessly for most of us. I offer this analogy of these thoughts as dust particles floating around in our heads, impossible to see while airborne but visible once they land. Then I open the box and place a set of three simple upright columns inside. Within a few minutes the columns are covered in dust, and you are convinced that the dust was there along. You can see them, and I’ve successfully proved they were there all along.

Using tarot works the same way. Our minds are filled with thoughts, ideas, emotions, and memories, all swirling around mostly beyond our conscious perception. Each of these is like a speck of dust. They’re there but we don’t see them or notice them. Using tarot cards is like adding columns into our minds. They attract the countless subconscious thoughts that are otherwise invisible to us. Suddenly we see them. We become aware of the many disjointed things swirling in our hearts and minds, and gain greater understanding and power from them.

As you start working with tarot, you will become aware of many thoughts and emotions that had previously been invisible. Your subconscious will increasingly become conscious. These discoveries and your ability to process them will bring you self-awareness and personal empowerment like you never knew possible.

Part 2 will be available soon, and will go further into what tarot is and why it’s a perfect tool for awakening.