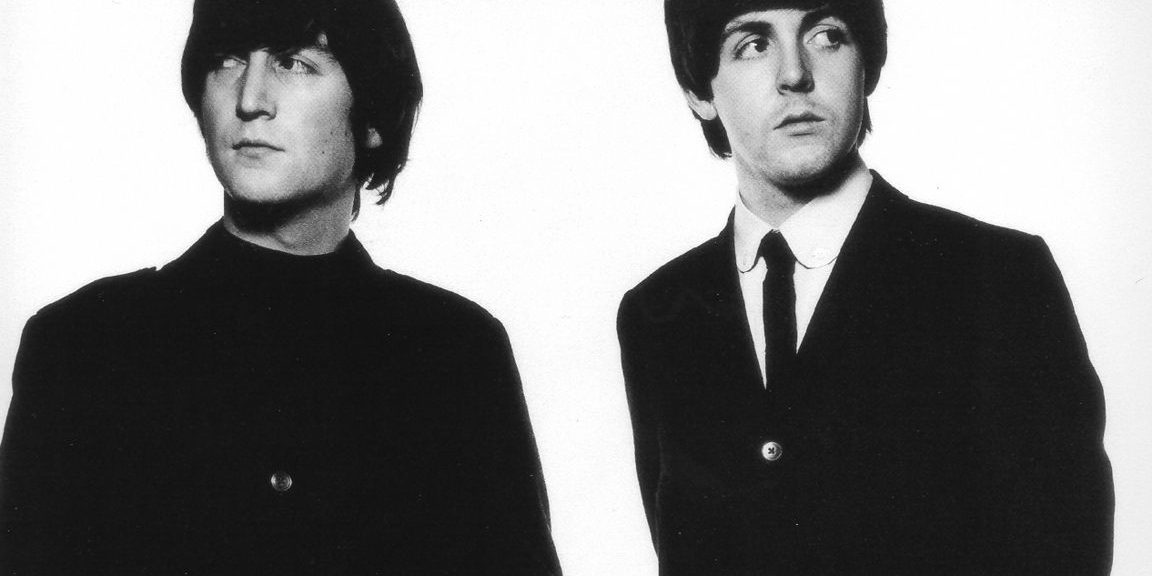 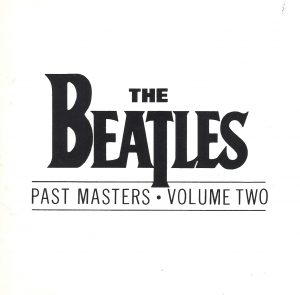 Originally released as a single, 1965

In late-1965 there was disagreement over which of two new Beatles songs should become the A-side of their next single, and which should be relegated to the B-side. John argued in favor of his song, “Day Tripper”. It was edgier, featuring a memorable, hard-rocking guitar riff. But in “We Can Work It Out”, the band had a very catchy song with obvious commercial appeal. A compromise was reached where both songs received A-side status, a first in popular music. It’s a fitting origin story for one of the Beatles most popular songs. As the title suggests, it’s about the challenges of working through a disagreement.

“We Can Work It Out” was written primarily by Paul, inspired by the many arguments he was having with girlfriend Jane Asher. During the verses, the singer is attempting to negotiate with an adversary. Then during the choruses the words of the title are repeated, affirming his commitment to finding a solution. The two parties may be at an impasse, but he’s confident an agreement can be reached. These sections are typical of Paul’s optimistic, can-do attitude. 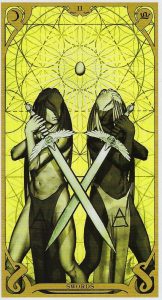 It was John, however, that contributed the bridge sections. These parts are crucial to the song’s success because they create such a striking contrast. The lyrics, beginning with “life is short”, are reflective of John’s more typically pessimistic attitude. Compared to the main parts of the song, the bridges are sung in harmony, and are in different keys and tempos. Plus, because of George’s inspired suggestion, the song shifts time signature from 4/4 to 3/4, also known as waltz time. It’s like the two parties are doing a little dance as part of their negotiation.

The 2 of Swords corresponds nicely to “We Can Work It Out”. The suit of Swords represents things happening within the mental realm. As the “2” of the suit, this card symbolizes a mental dynamic occurring in a contrasting, this-versus-that way. This card may appear when we’re faced with choosing or negotiating between two ideas, either with another person or within our own minds. When we’re experiencing cognitive dissonance, for example, we’re in a 2 of Swords situation. Otherwise the 2 of Swords is reflective of being in an argument with someone, and our ideas must be negotiated with theirs until a reconciliation is reached.

The singer works hard to break the stalemate in “We Can Work It Out”. Notice how throughout the verses he asks his partner to break free of their limited perspective and see things as he does. When we draw the 2 of Swords in a reading, we’re encouraged to compare and resolve two ideas or perspectives. If we’re successful, we’ll move forward either through a wise choice or carefully considered, harmonious compromise. If we’re not, there will be nothing left to do except say goodnight.

“Think of what you’re saying.

You can get it wrong and still you think that it’s alright.

Think of what I’m saying,

We can work it out and get it straight or say good night.”

This is song #86 of the Beatles Song Tarot Project. Click here to learn more about this magical, mystical trip through the Beatles catalogue.