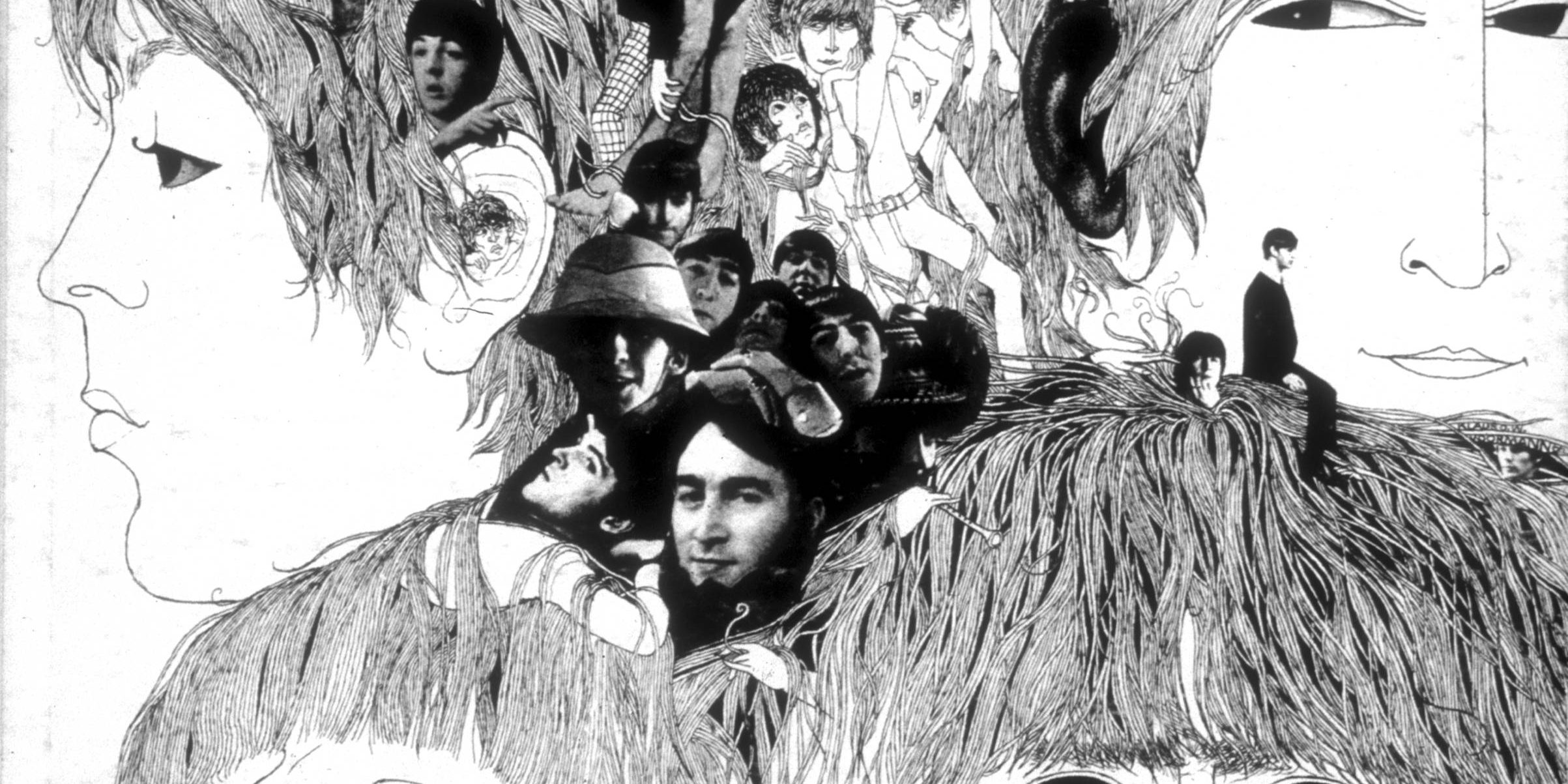 The Beatles began recording their seventh album with a new song from John Lennon. The song not only set the record’s tone for fearless creativity without limits, but also went on to change the entire landscape of popular music. “Tomorrow Never Knows”, appearing as the final track on Revolver, confounded Beatles fans at the time but has since become widely regarded as one of the most influential songs in the history of rock music. It pioneered psychedelic rock, introduced electronic music into the mainstream, and destroyed the barriers of what had been considered possible in a recording studio.

The lyrics were highly influenced by The Psychedelic Experience: A Manual Based on the Tibetan Book of the Dead, a 1964 book by Timothy Leary, Ralph Metzner, and Richard Alpert. John discovered it while browsing at the infamous countercultural Indica Bookshop with Paul McCartney. When he got home, Lennon took LSD and followed the instructions as laid out in the manual. He gave special attention to the book’s suggestion that, when undergoing the profound disorientation of a psychedelic trip, to “turn off your mind, relax, and float downstream.”

“Tomorrow Never Knows” is a powerful emulation of the psychedelic experience. The song’s foundation is the sustained sound of a drone, the first time the Beatles created a song without any chord or key changes. They’d learned this technique from the hypnotic nature of Indian music, and appropriately included sitar and tempura into the song’s kaleidoscopic mix of sounds. Ringo’s frenetic beat and Paul’s frenzied one-note bass part contribute to the surreal, disorienting atmosphere. Artist and friend of the Beatles Klaus Voormann found the song “frightening” and used it as inspiration for his Grammy-winning design of the Revolver album cover.

Lennon’s high ambitions for “Tomorrow Never Knows” caused the entire Beatles team to rise to the occasion, especially their production team of producer George Martin and engineer Geoff Emerick. When John envisioned his voice “sounding like the Dalai Lama chanting from a mountaintop, miles away”, Emerick responded by inventing a new use for a Leslie speaker. The result gave Lennon’s lead vocal a distinctive otherworldly sound never heard before. Meanwhile all four Beatles wanted their instruments to sound differently than normal, so each were treated with one audio trick or another, all invented to create the right atmosphere for this one song.

Perhaps the greatest of these innovations came from Paul, who’d recently discovered the avant-garde compositions of Karlheinz Stockhausen. Paul suggested infusing elements of this electronic form of music – known as musique concrete – into “Tomorrow Never Knows”. To do so, he and the other Beatles manipulated tape recorders to create short snippets of sound. These snippets could be slowed down or sped up, or they could also be saturated with other sounds played over the top of them. These tape loops can be heard fading in and out throughout the song, including the distinct sound of a seagull, which was created by speeding up a snippet of Paul laughing.

All these revolutionary techniques served to create a mind-altering effect for the listener and to mimic the experience of a psychedelic trip. These hallucinogenic substances are also known to create the feeling of dying, which is why Leary and company based their book on the ancient Buddhist text best known as The Tibetan Book of the Dead. Also known by the titles Bardo Thodol and Liberation Through Understanding in the Between, it is one of the most sacred texts in Tibetan Buddhism. It was written in the eighth or ninth century by master Padma Sambhava but remained a secret until it was discovered and revealed by a treasure-hunter named Karma Lingpa in the fourteenth century. The text contains, in the words of the Dalai Lama, “useful instructions for dealing with death in a skillful, compassionate, and humane way.” 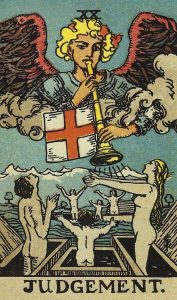 According to multiple religious traditions including Christianity – which greatly influenced the early tarot decks – we encounter some form of final judgement after death. It is believed that when we die and face this final judgement, we gain an infinitely wide perspective as we see our lives pass before our eyes. The psychedelic experience is said to emulate this state of transcendental perspective. As the barriers of ego break down, the participant awakens to a much bigger picture of reality, with a very wide lens that is likely to be some combination of disorienting, horrifying, and enlightening. At their most intense these experiences may feel like a final judgement, a reckoning of who they are and the life they’ve lived. These substances are also known as entheogens, a term with sacred connotations, implying their use in religious or shamanic ceremony for the purpose of profound spiritual healing.

The myth of final judgement is pictured on many versions of the tarot card commonly titled Judgement. On this card we see the archangel Gabriel blowing his horn, causing the dead to rise from their graves. Receiving this card in a reading can be interpreted as an incitement to awaken to a greater perspective. Judgement often shows up when we’re faced with a vital decision, we feel a vague sense of calling to a larger purpose, or at a crucial time when we must remove our blinders and look at the big picture.

In some decks this card is titled Final Judgment. Its position as the penultimate card of the major arcana signifies it as the final stage before reaching the more sustained calm of harmonious enlightenment shown in the World card. To gain that enlightenment we must first hear the clarion call of Gabriel’s horn to something greater. With Judgement, take heed not to become paralyzed through painful self-judgements because self-love is the key to liberation. All that’s come before has prepared you for this moment, so embrace this opportunity to wake up to a greater, more loving realization of yourself and your life.

We now appreciate “Tomorrow Never Knows” as the dawning of the era when the Beatles fully embraced the recording studio as an instrument. Through mystical inspirations and ingenious innovations the band and their producers raised the recording process to an artform. They would continue to build on these advances throughout the rest of Revolver and its iconic follow up, Sgt. Pepper’s Lonely Hearts Club Band. With “Tomorrow Never Knows”, the Beatles awakened to their full artistic potential and created one of their greatest masterpieces.

“Lay down all thoughts

Surrender to the void

That you may see

The meaning of within

This is song #93 of the Beatles Song Tarot Project. Click here to learn more about this magical, mystical trip through the Beatles catalogue. (scroll down to hear an early version of “Tomorrow Never Knows”.)