To Pip or not to Pip? 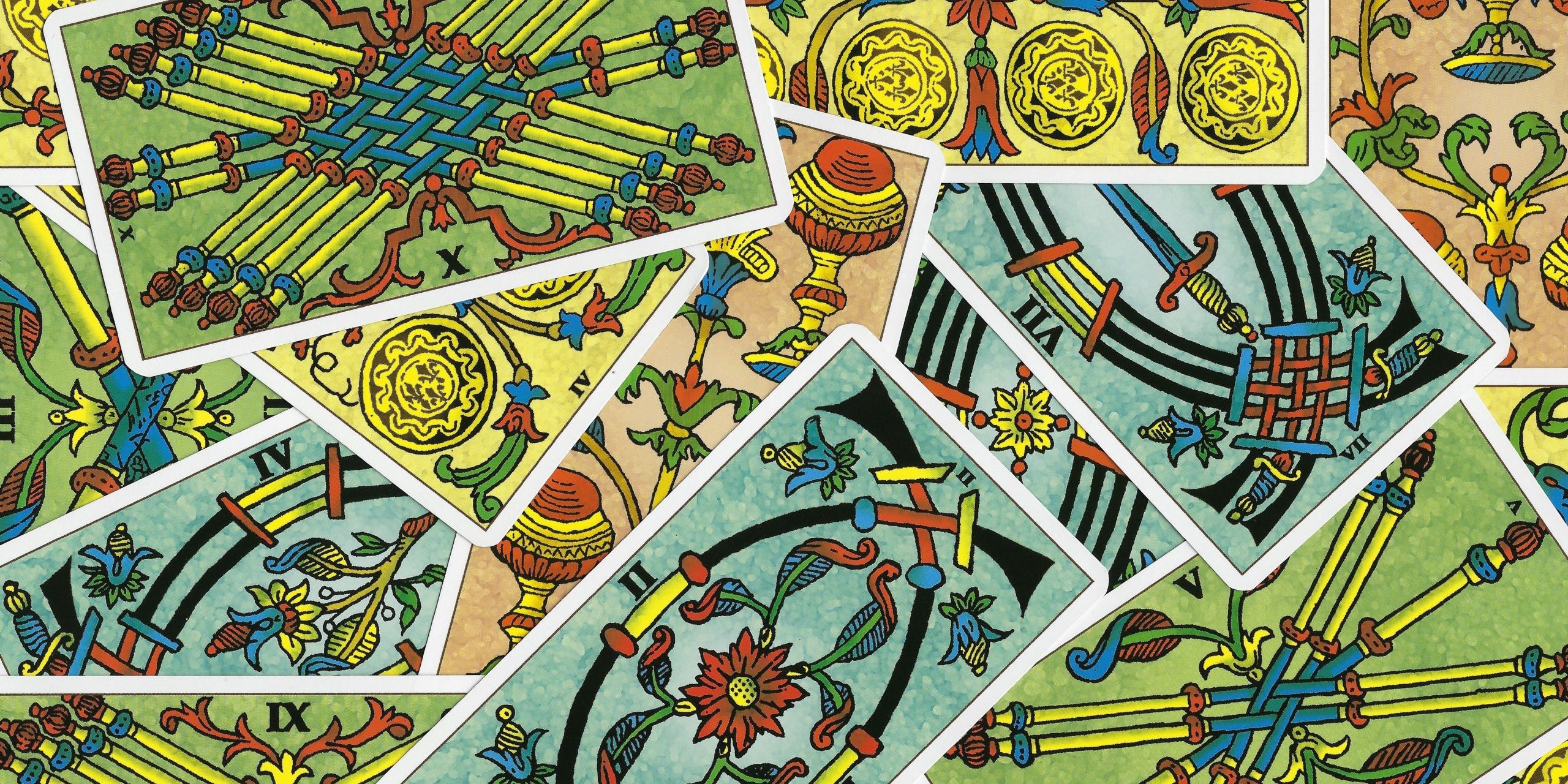 One of the main ways that tarot decks differ from each other is how they present the minor arcana. The minor arcana (or just “minors” for short) are the 40 cards numbered Ace – 10 in the four suits, like you find in a playing card deck.

There are basically two ways of presenting the minors. Some tarot decks present them with pictorial images, and others use pips. Neither is necessarily better; it’s just a personal preference which style of deck works best for you.

The classic Smith-Waite deck popularized the use of pictorial images for the minors, and most decks these days have followed suit. (oops, sorry for the pun). Almost all decks being made these days use an image for the minors, and many of them are influenced by the artwork created by Pamela Coleman Smith in that classic deck from 1909.

For most of the minor arcana in these kinds of decks, the image shows a person or people engaged in some kind of activity. The idea behind representing the minors in this way is to help your intuition pick up on the card’s meaning. That way you can associate the image with something going on in your life, making it much easier to use tarot without having to look up the card meanings in the book.

Here are some examples from the Smith-Waite: These kinds of decks are excellent for a beginner, simply because they make tarot easier to use. Some people assume all tarot decks present the minor arcana with images because they’re so popular. But it’s not at all the way it’s always been done. And pip decks can be very useful as well!

The old way of presenting the minors was to show “pips”, like you find in a playing card deck. The 3 of Cups, for example, would show three cups and not much else, except some decorative flourishes. The original Italian decks, like the Visconti-Sforza, and the influential French Marseille-style decks all have pips, and you can still occasionally find new decks that employ them.

Here are a few examples of the pip style: What I like about pip decks is that you are not beholden to the artist’s interpretation of the minor arcana. I always tell my students that no card is intrinsically “good” or “bad”, but it can be awfully hard to look at some artists’ images and not make this assumption. With pip decks, there’s far less baggage. Your intuition can go in so many different directions, that it cannot with imaged cards. That’s why some experienced tarot readers prefer pip decks.

I don’t prefer either. I love them both. My suggestion is if you’re new to tarot, use a trusted imaged-minor deck, like the Smith-Waite. There are countless great choices; dig into your local bookstore or research on aeclectic.net to find a style that you like.

If you’re an experienced tarot user, however, I suggest using a pip deck, at least sometimes. Free yourself of the same old way of reading the minor arcana and tap into a purer version of your intuition. You might discover your tarot practice gets a nice boost of insight!