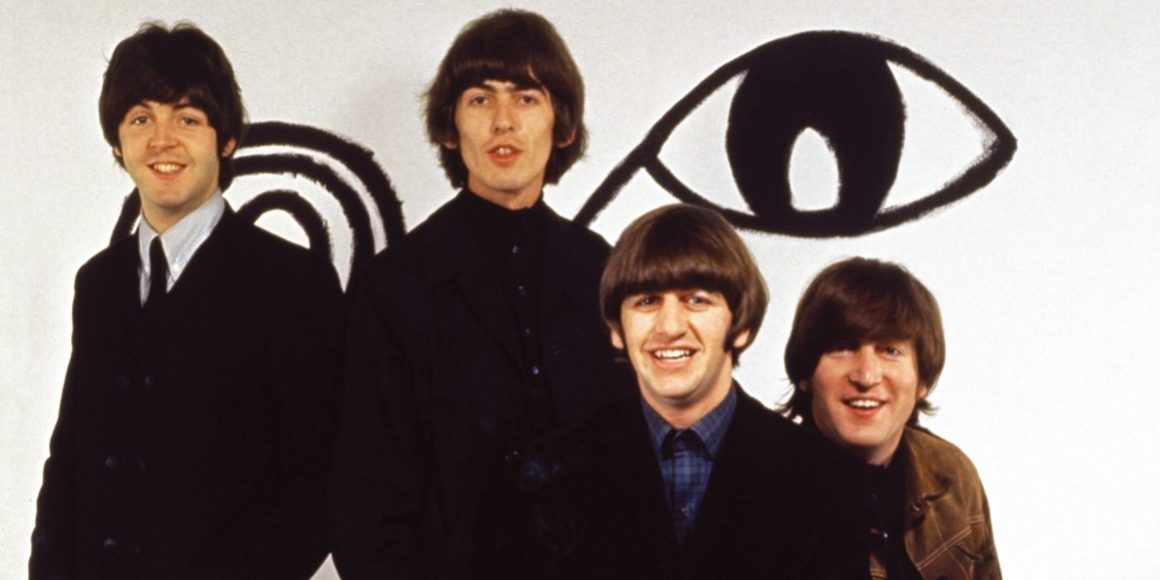 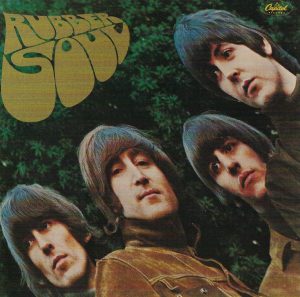 By late-1965, Beatle fans were more than accustomed to hearing their heroes sing songs about love. But this one was notably different. Compared to so many of their early songs about sweet and romantic love, this was the first time where love was sung about as an ideology. In this funky song from their sixth album Rubber Soul, the Beatles play the role of evangelists spreading the good word, the word of love.

At the time of the album’s release, the hippie counterculture was gaining in popularity, and the Beatles recognized the influence they could have on their millions of fans. No longer content to be mere pop stars singing inconsequential songs, they were beginning to infuse messages in their music. John, who took credit as the primary composer of “The Word”, later said that this song was the first time he expressed love as a way to live. A couple years later this idea reached its cultural pinnacle as the Beatles performed “All You Need is Love” to a worldwide television audience of 400 million people.

There’s no reason to believe John and Paul consulted the Bible while composing “The Word”, but Christians may notice a remarkable correlation here. Chapter 1, Verse 1 of the Gospel of John states, “”In the beginning was the Word, and the Word was with God, and the Word was God.” Substitute the word “good” for “God” and the first verse of this song is very similar to that Bible verse. It’s also worth noting that Biblical scholars have identified the term “Word” (or “Logos” in Greek) as synonymous with Jesus Christ. It’s hard to think of a message more succinct and resonant of Jesus’s teachings than are found in this song. How wonderfully ironic that John (Lennon, not the Evangelist) would get in so much trouble the next year stating his opinion that the Beatles were more popular than Jesus. He and his band were embracing and promoting many of the same messages of love that Jesus preached! 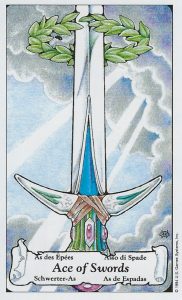 The tarot’s Ace of Swords is a fitting correspondence to “The Word”. This card symbolizes a pure and powerful expression of truth. When drawn, it could be experienced as an epiphany or understanding something from a wholly new perspective. Tarot practitioners might rightly point out that as an emotion, love would correlate to the Ace of Cups. But in this song love is expressed as a mental construct, as the truth they’re “thinking of”. The Beatles are revealing higher knowledge, the news of a better way of living.

It’s a simple song with a profoundly simple message. John innately understood that if the Beatles wanted to pass on complex and revolutionary ideas to their fans, they had to do so using straightforward language. There was nothing more simple or revolutionary than the power of love.

“Say the word and you’ll be free

Say the word I’m thinking of

Have you heard the word is love?”

This is song #60 of the Beatles Song Tarot Project. Click here to learn more about this magical, mystical trip through the Beatles catalogue.