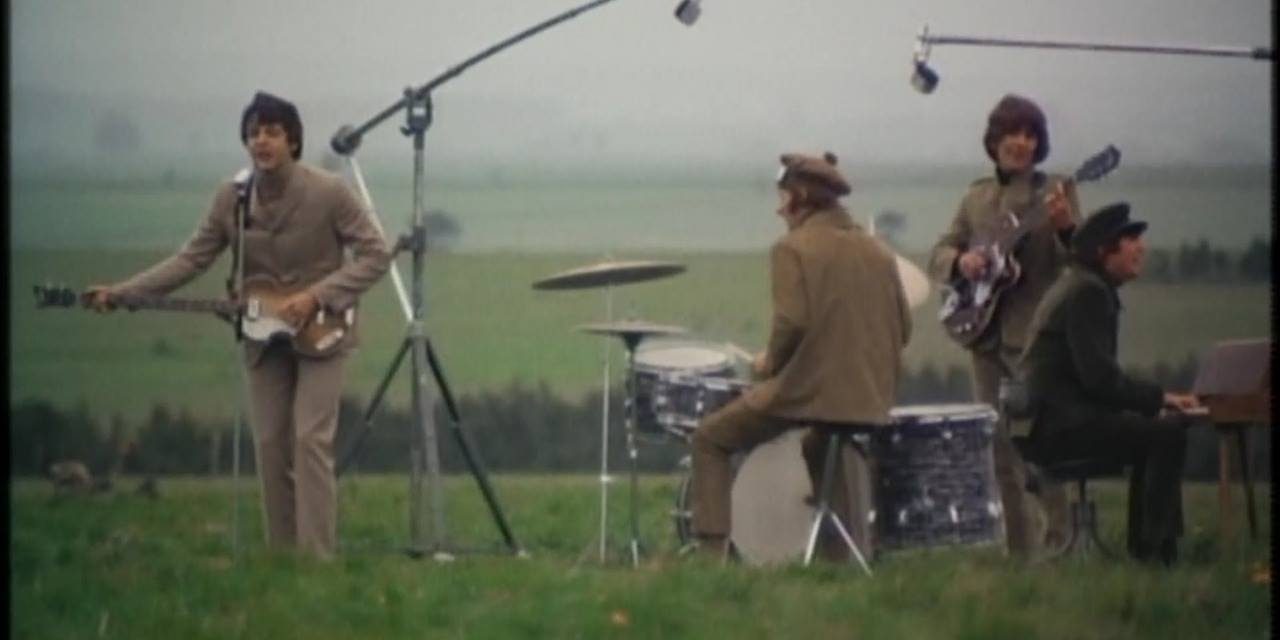 On the surface, there’s not much special about “The Night Before”. It’s a serviceable little song about a breakup, written and sung by Paul, from the movie Help! The melody, lyrics, and arrangement are all pretty unexceptional, at least by the lofty standards of the Beatles.

Yet, like with all Beatles songs, a deeper look reveals something more.

The guitar solo might be the most subtly interesting aspect of the song, even though it isn’t flashy. Notice it’s actually two guitar solos, played simultaneously, in different octaves. The Beatles were masters of adding nuanced elements to their arrangements that support the song’s theme. In this case, the solo helps us get to the essence of “The Night Before”.

Those two octaves symbolize the two stages of a romantic relationship: the good times gone past, and the bad times since. As described in the lyrics, the singer and a lover had something special, right up until he had to leave. The “Night Before” that’s referred to in the title was the peak of the romance, the turning point when he had to say goodbye and things have never been the same since. This song helps me appreciate breakup songs in a new way (as does another one by Paul). I always assumed these types of songs were about the emotional pains of heartbreak. And many are. But other breakup songs are about the mental process of dealing with heartache. And tarot helps us see they are not the same thing!

The two cards in the tarot deck that best symbolize pains of the heart are the 5 of Cups and the 3 of Swords. They’re in different suits, which helps us understand the difference between these types of pain. Cups are the suit of emotions, and the 5 of Cups specifically is the emotional experience of heartbreak. By comparison, Swords are the suit of thinking, and the 3 of Swords specifically is the mental experience of processing heartbreak.

They’re two separate cards in two different suits, symbolizing two ways of experiencing a breakup. One is the raw pain of heartbreak, and the other is the slow suffering of heartache.

In “The Night Before”, the singer asks rhetorically, “Were you telling lies; was I so unwise?” And he reveals in the chorus that it’s only when he thinks of her that he wants to cry.

Frankly he doesn’t sound like he’s in all that much pain. He’s processing his breakup mentally, not emotionally.

“Last night is a night I will remember you by

When I think of things we did it makes me wanna cry.”

This is song #29 of the Beatles Song Tarot Project. Click here to learn more about this magical, mystical trip through the Beatles catalogue.