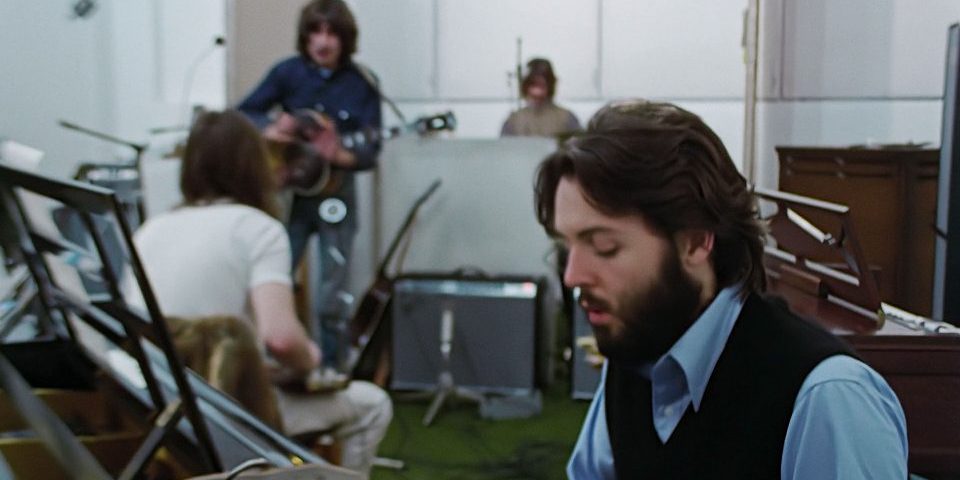 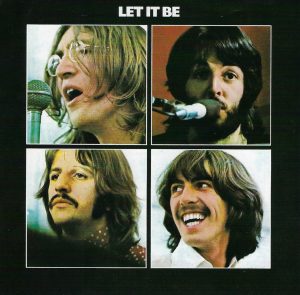 This heartbreaking ballad, written and sung by Paul McCartney, became the Beatles final number 1 hit single. Although it was recorded as a simple, piano-based song, producer Phil Spector later added a lavish orchestral and choral arrangement without consent from Paul. Upon hearing an early pressing of the Let It Be album, Paul furiously demanded that Spector remove the schmaltzy instrumentation from his tender love song. Alas, it was too late, and the album was released with Spector’s “Wall of Sound” treatment still intact. As a result, the song sounds over-produced and out of place on an album that conceptually was all about the Beatles getting back to playing just their basic instruments without overdubs.

Paul had composed “The Long and Winding Road” at his farm in the Highlands of Scotland. It was 1968, and he was feeling sentimental because the band was beginning to drift apart. The lyrics are a man’s heart-wrenching plea to the woman who left him years ago to take him back. Years later Paul said, “It’s a sad song because it’s all about the unattainable; the door you never quite reach. This is the road that you never get to the end of.” 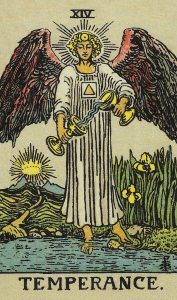 Temperance is the tarot card that best corresponds to “The Long and Winding Road”. It is one of just two cards from the classic Waite-Smith deck that pictures an actual long and winding road on it. The road stretches out to the horizon and is crowned by a bright light where it goes past our field of vision. The singer of this song has lost the love of his life, and reunification with her is the ideal that lies far out, in a place that does not appear will ever be reached. He offers a supplication, begging her to help him find a way back to her. I imagine that in the context of this song, the light at the edge of the horizon could be appreciated as the giant Sun that features so prominently in the Lovers card.

In the foreground of the Temperance card we see an angel mixing the contents of two cups. They have one foot on land and the other submerged in a pool of water. This image symbolizes the connection we experience to our own inner angel – or Higher Self – while in a place of recovery, healing, and understanding at the soul level. The angel is blending and balancing the heart-centered contents of their subconscious (foot in water) with the realities of life (foot on land). When we draw this card, we’re encouraged to mindfully consider a difficult or painful experience that calls for calm, patience, and moderation. The path forward may initially appear as an unattainable ideal, but with time and healing, the road on this card becomes a harmonious if still imperfect one.

We can imagine how Paul felt when he heard the Phil Spector version of his gentile, heartfelt love song. He was so upset that a year later he cited it as one of the primary reasons he was formally seeking an end to being a member of the Beatles. The context is even sadder than the song itself. “The Long and Winding Road” was composed when Paul sensed the end of the group was coming, and upon its release two years later, the Beatles had become an ideal that could no longer be attained.

“And still they lead me back

To the long winding road

You left me standing here

A long, long time ago

Lead me to your door.”

This is song #83 of the Beatles Song Tarot Project. Click here to learn more about this magical, mystical trip through the Beatles catalogue. (please see below both the official Spector version from Let It Be and the original, stripped-down version that was finally released in 2003 on Let It Be…Naked)