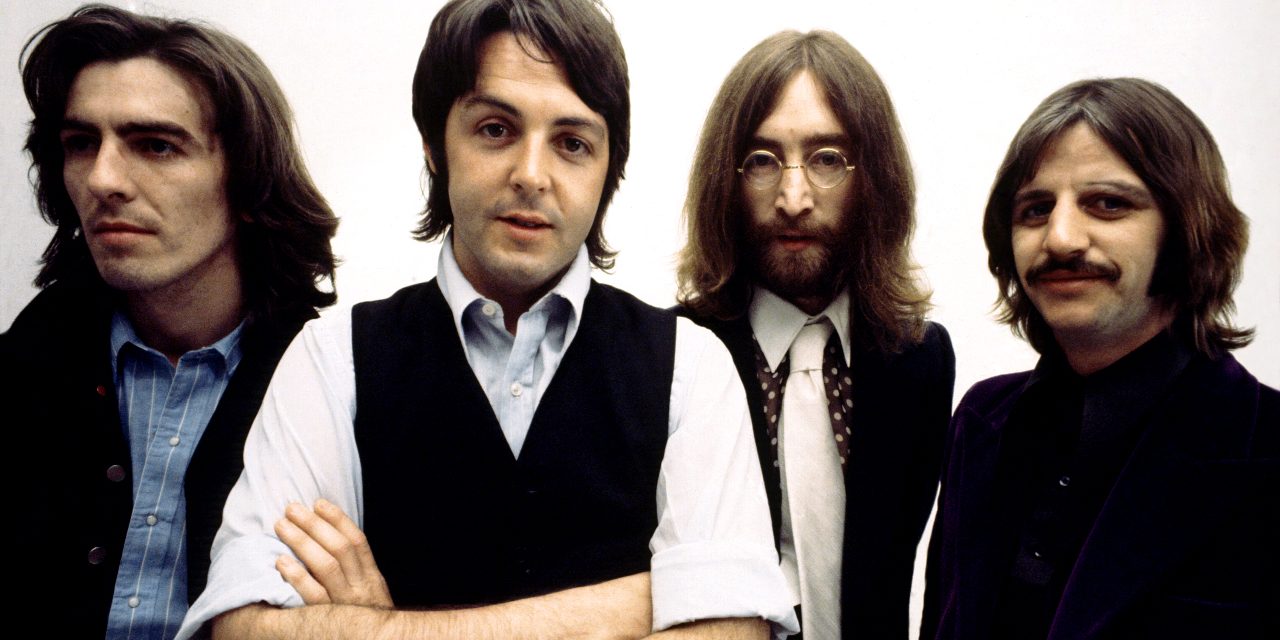 As the Beatles were recording Abbey Road in 1969, there was an unspoken sense that the end of the band was near. They recorded the album Let It Be earlier in the year but did not release it because it had been such a mess. There was tension and arguing in the studio. There were complicated legal and financial problems. The boys were growing apart.

Paul had been the unofficial creative leader since Sgt. Pepper. Whether it was conscious or unconscious, he must have wanted to conclude their recording career with some sort of epitaph. Their first single was about love. The first song on their first album was about love. The message they wanted the whole world to know was love. It’s only fitting their final verdict would be a message of love.

And, boy, you hear the love in this recording! For two magical minutes The Beatles rock and groove in a way that is best described as the great cosmic dance. They KNOW this is it, and they go out with a bang. Ringo takes center stage for a sterling drum solo. The spotlight then shifts to an extended guitar solo by Paul, George and John, each trading off every couple measures. Notice the styles change every few seconds, reflecting the musical personality of each. John Lennon, the band’s founder and pulse, gets the final bit, ending it all with a powerful exclamation point. But it’s not over quite yet. There is piano and a simple message as the Beatles’ final takeaway.

The World is the final card of tarot’s major arcana. This card signifies the end of an era or long journey. When we get this card, we consider themes of culmination, accomplishment, and fulfillment. We are freed of past expectations and limitations. A chapter has been written, we’ve passed the test, come full circle. It’s time to move on, but not until we’ve celebrated all that’s come before.

These themes are expressed magically in “The End.” The Beatles did it all: changed the world musically, culturally, even politically. They left an enduring legacy of peace and love. If they were an individual person, we might say they became self-actualized. They had to split up because they’d come as far as they could as a unit. They transcended what a music group be, and it was time for a new chapter in each of their individual lives.

This is song #4 of the Beatles Song Tarot Project. Click here to learn more about this magical, mystical trip through the Beatles catalogue.

Her Majesty – The Fool

“The End” was the final song on Abbey Road, and by extension, the recording career of the Beatles…but not so fast!

Paul tacked this little snippet onto the end of Abbey Road, as if uncomfortable with ending the band’s recording legacy on such an ostentatious note. The Beatles seemingly pioneered nearly everything else in popular music, and here is the first example of a hidden track on the end of an album. The song’s title didn’t originally appear on the sleeve, and it didn’t start until 14 seconds after “The End” finished. It was just a little bonus track for those who stuck around, like a final silly scene after the credits have rolled.

The Fool is tarot’s #0 card. As the zero, it is the beginning, the end, and all points in between. The Fool is identified as the trickster who doesn’t take life or himself too seriously. The lyric of “Her Majesty” is playful, and the song’s effect is one of mischievous whimsy and lightheartedness.

We love the Beatles for their astonishing songwriting craft and musicianship. But it is the little gestures like this one that make the Beatles’ legacy true genius. Clever, tasteful, perfect.

“I want to tell her that I love her a lot

But I gotta get a bellyful of wine

Her Majesty’s a pretty nice girl

Someday I’m going to make her mine.”

This is song #5 of the Beatles Song Tarot Project. Click here to learn more about this magical, mystical trip through the Beatles catalogue.