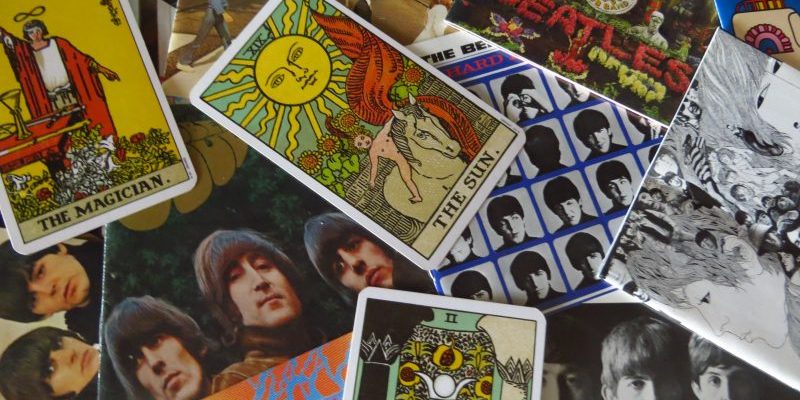 “Music in the soul can be heard by the universe.” – Lao Tzu

“Music is the language of the spirit. It opens the secret of life bringing peace, abolishing strife.” – Khalil Gibran

“From one generation to the next, The Beatles will remain the most important rock band of all time.” – Dave Grohl

Beatles music makes my heart sing. It opens my mind, feeds my soul, and just feels right. Yes, you could say I’m a huge fan!

There’s one other method I like to use for achieving that soul-nourishing feeling that I get from Beatles music: tarot. Tarot is a deck of 78 picture cards which is also a symbolic language and mystical map of consciousness. Learning tarot is fascinating because it opens our eyes, mind, and heart to the deeper wisdom we possess within ourselves. Connecting with tarot opens our intuition and makes us feel more alive, like the music of the Beatles does. 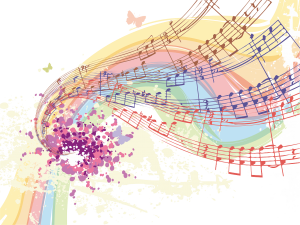 Welcome to a fun little adventure I’ve undertaken called The Beatles Song Tarot Project. I’ve taken my two favorite fascinations and combined them into a delightful, mind-expanding, and intuition-enhancing exercise: matching songs by the Fab Four with the mystical symbolic art of tarot.

Tarot and the music of the Beatles are a great fit for one another because they both reveal a very special dimension that exists within us all. It is of love, peace, wisdom, and greater truth. Whether we’re listening to the incredible music of the Fab Four or looking into the fascinating art on a tarot card, we are accessing something extraordinary. It is of our deep essence

In other words, both tarot and Beatles songs awaken the soul, which is what many of us need more of in our daily lives. As George Harrison sang in The Inner Light:

“Without going out of your door

You can know all things on Earth

Without looking out of your window

You could know the ways of Heaven”

Similar to meditation and yogic practices, both tarot and music are methods for knowing the “ways of Heaven” within ourselves. They give us direct access to the powerful source of love and light inside ourselves! 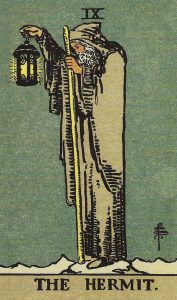 This song’s central theme is consistent with the tarot’s Hermit card. In most decks, the Hermit is shown in solitude (not surprisingly!) and holding a lantern. The light within that lantern represents the light that exists within the soul of us all. That sacred inner light reveals itself to us when we go within ourselves and connect with it “hermetically”. We do this by getting away from the noise of media, the many opinions of others, and getting into the beautiful quiet space within our own hearts.

I’ve gotten a little ahead of myself! We haven’t officially started yet, but you get the idea. The messages found within the lyrics of Beatles songs resonate with tarot cards. And they both resonate with the deep truth within all of us. Put these pieces together and learn to awaken more soul-level knowledge and love in your life.


Here are some rules I’ve laid out for myself in presenting the list:

I’m keeping it simple by sticking to the original Beatles studio releases, which equates to 212 songs total. No bootlegs, no live stuff such as the BBC albums, and nothing off the Anthology compilations except for the two 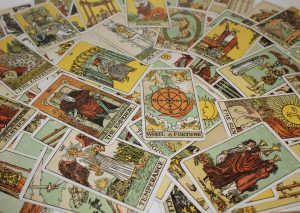 official singles released at the time, “Free As A Bird” and “Real Love.” I love all the Beatles’ music but wanted to focus this list on their primary canon. I think that’s plenty for now!

Another rule is that I must use each of the tarot’s 78 cards at least once. Considering I have 212 songs to work with, this shouldn’t be too hard. But of course many of the Beatles’ songs from their first six albums (and the singles in between those albums) focused on the subject of romantic love. That said, you may be surprised by the lyrical depth and variability of the Beatles music, even during their first few years as lovable mop tops.

Within each entry I’m going to identify the writer of the song, the year it was released, and the British version of the album that the song originally appeared on. Why the British version, other than the obvious? In American versions of early Beatles records are much different, bastardized versions of the ones released in the UK. This is because Capitol Records, the American company that released the Beatles’ music here in the US, cut tracks from the originals to create more records and make extra money. Naturally this irked the Beatles because their artistic vision was being compromised by greedy corporate record executives.


So roll up for a magical mystery tour through the entire Beatles catalogue. I’m randomly selecting a different Beatles song and matching it to the one tarot card that best captures the spirit of that song. 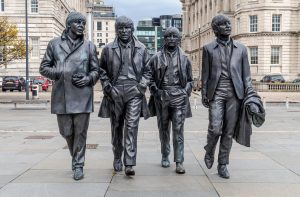 If you already know plenty about The Beatles but not much about tarot, here’s your chance to explore the symbolic archetypal realm that is the tarot experience. After all, the Beatles themselves are archetypal: iconic prophets, delivering the message of peace and love to the whole world.

On the other hand, if you’re already a tarot practitioner but not a huge Beatles fanatic, you may find a close look at this music can expand your understanding of the symbols of tarot. As a regular tarot user, I’m always looking for fresh ways to assimilate my favorite intuition tool.

Or, if you love both as I do, then you’ll likely discover this fun exercise can expand your understanding and appreciation of both the wonderful music of the Fab Four AND the mystical art of tarot. I’ve found that any method of intuitive understanding can enhance the understanding of all others. They all are paths toward the same light.

Tarot Awakenings claims no credit for any images featured on this site. All visual content is copyright to its respective owners. All images were taken from the internet and are assumed to be in the public domain. If you own rights to any of the images, and do not wish them to appear on this site, please contact us via e-mail and they will be promptly removed.

I’m using a variety of sources in my research of the Beatles. Here is a list of the books that I use to get my information about the Fab Four:

I also use internet sources, including Wikipedia and the following fine websites devoted to the Beatles:

Being For the Benefit of Mr. Kite! – The Magician

I Saw Her Standing There – The Lovers

Please Please Me – Knight of Wands

Things We Said Today – 2 of Cups

The Magic of the Beatles: An Alchemy of the Four Classical Elements