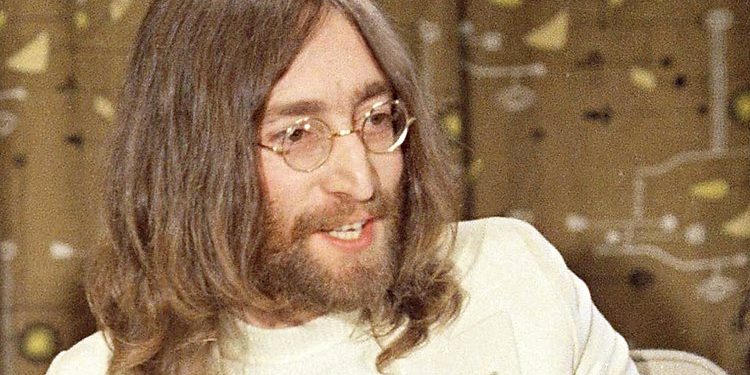 This is the second song of the infamous Side 2 Abbey Road medley. It’s easy to imagine listening to this tune while peacefully meditating under the sun on a beautiful day. Its soothing instrumentation and harmonies put you into a relaxed state of mind, as if communing dreamily with the light within. In a sense “Sun King” is a perfect theme for John.

A standout feature of “Sun King” is the set of lyrics beginning at 1:49 that are a blend of Italian, Spanish, and gibberish. John would comment later that he and Paul were having fun putting these words together in the studio. The Beatles had employed a similar effect for the song “Michelle” off Rubber Soul, where they used nonsense words in French to make it sound more romantic. Although there’s no meaningful message within the lyrics for “Sun King”, the effect is like being in the hallowed presence of royalty from the sun-caked Mediterranean nations of Italy or Spain. As usual, the Beatles found an innovative way to create mood that matched perfectly with the music and theme of the song.

The 16 tarot images known collectively as the Court Cards represent distinct personality types. Although few of us ever encounter actual royalty, when we draw one of these cards, we’re invited to identify the corresponding personality somewhere in our lives. We would recognize a King of Wands as someone who has mastered their inner fire and shines it for others like the sun. They are a benevolent, confident, and inspiring leader. In that person’s presence, we feel like the mood portrayed in this song: at ease, cheerful, and empowered.

When you draw this card, simply consider who you know in your life right now that is a King of Wands. The first place to look should always be yourself. Never forget that we all have each of the 16 Court Cards within ourselves. Kings aren’t just men and queens aren’t just women. In the case of the King of Wands, it signifies that part of all of us who is powerful, inspirational, and courageous.

Here comes the “Sun King”, and it is you.

This is song #22 of the Beatles Song Tarot Project. Click here to learn more about this magical, mystical trip through the Beatles catalogue.