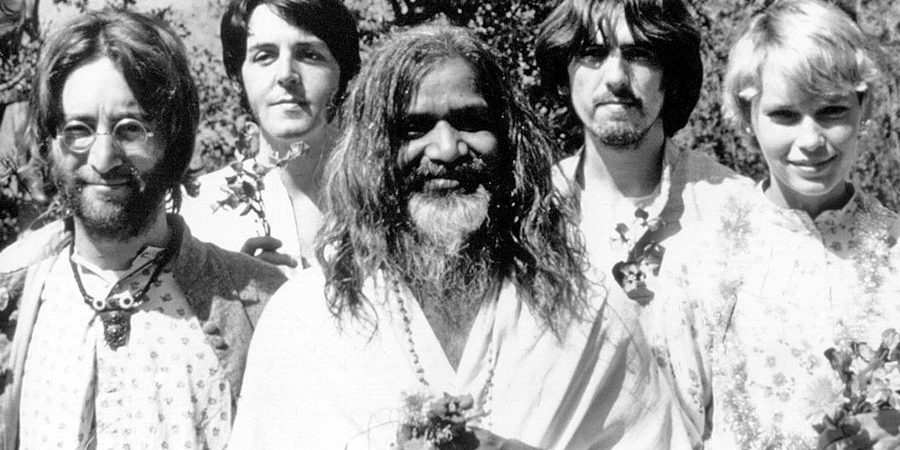 John Lennon and his bandmates wrote dozens of songs while on spiritual retreat in India during early-1968. “Sexy Sadie” was the last. The song was written by John as he stewed in resentment toward the Maharishi while waiting to leave the compound. A rumor began circulating that the guru had made improper advances toward Mia Farrow, one of the seekers there. Feeling betrayed by the inauthenticity of their leader, John decided to cut the trip short and return home. When the Maharishi asked why the group were leaving, John replied, “Well, if you’re so cosmic, you’ll know why.”

In the ensuing years there was confusion as to what actually occurred. Did the Maharishi behave improperly or was it just a rumor? The other Beatles admitted they felt the guru’s alleged offenses didn’t warrant the kind of wrath that John felt. An early demo of “Sexy Sadie” was loaded with profanity and called out the Maharishi directly. But George, who was still very much into Eastern spirituality, convinced John to change the title and lyrics to hide who the song was about. 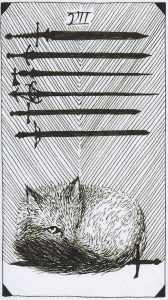 The 7s of the tarot’s four suits all symbolize inner exploration. They generally represent moments of weakness or confusion, leading to the deep searching that eventually results in getting to what is more authentically real. Meanwhile, the suit of Swords represents the element Air, which relates to concerns of the mind. Put these dynamics together and the 7 of Swords is associated with issues of truth, authenticity, integrity, and being honest with ourselves and others. When you draw this challenging card it’s an invitation to look closely at some aspect of your life where you or someone else is being deceptive or inauthentic.

At first glance, “Sexy Sadie” is clearly about the deception and inauthenticity of the Maharishi. As John saw it, he’d proved to be a false idol, an inauthentic huckster who had “made a fool of everyone”. But at second glance, “Sexy Sadie” says a lot more about John and his relationship to the themes of deception and authenticity at that time of his life and the life of the Beatles. John had always been the fiery leader of the Beatles, taking pride in being their creative and authentic visionary. Yet at a time of profound changes within the band and each of its members, he’d put his trust in someone other than himself to lead them. It was only a matter of time before this leader proved to be less than what John and the other Beatles had hoped for.

Upon returning from India, John made a renewed commitment to authenticity, as his songs became less esoteric and increasingly raw, truthful, and confessional. With the exception of Yoko, he would no longer give up his agency to false prophets or any other person or entity, including the Beatles.

“Sexy Sadie, what have you done

You made a fool of everyone…

Sexy Sadie, you’ll get yours yet

However big you think you are.”

This is song #58 of the Beatles Song Tarot Project. Click here to learn more about this magical, mystical trip through the Beatles catalogue.