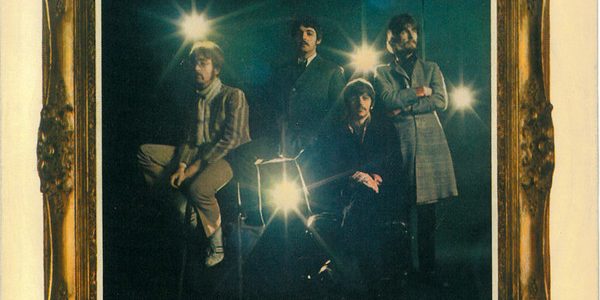 The Beatles were at a creative peak following the mind-blowing Revolver album. For their next project, John and Paul planned to make an album of songs about their childhoods growing up in Liverpool. Although the original concept would soon morph into Sgt. Pepper’s Lonely Heart Club Band, both John and Paul did complete their initial contributions toward the idea. Rather than wait to include these two songs on their next album, they decided to meet demand for Beatles music by releasing them together as a double A-Side single. The songs were later added to the US version of the Magical Mystery Tour album. Both songs are masterpieces. Paul’s is “Penny Lane”.

John may have a reputation as the best lyricist of the band, but it’s hard to find a song in their entire catalogue with lyrics more sublime than “Penny Lane”. The song’s characters were based on real people, as remembered wistfully by Paul, with some help from John. One of the reasons the song is so great is that its words are like brushstrokes of an impressionistic painting. The poetic “Penny Lane” is filled with color, heart, and whimsy. Paul tells us in the chorus that “Penny Lane is in my ears and in my eyes”, as if he’s experiencing nostalgia for these memories in a palpable, even visceral way.

There are plenty of artistic flourishes in the lyrics. For example, I love the part about the nurse who “feels as if she’s in a play.” As Paul says, “she is anyway”, meaning that she IS in a play because she’s putting on a show within his mind. Another fun lyrical flourish is in the song’s references to a “clean machine” and “finger pie”. These are both crude sexual references that the naughty adolescent lads might have uttered back in their Liverpool days. One other highlight is found in the final verse, where the barber, banker, and fireman are all brought together in the same scene, bringing the dreamlike story to a satisfying conclusion. The tarot’s 6’s each symbolizes a harmonious and beautiful expression of the suit. Since the suit of Cups relates to matters of the heart, this card can be summarized as representing emotional pleasure. The beautiful feelings Paul has toward his childhood shine through wonderfully in “Penny Lane”. In most decks the 6 of Cups shows a picture of children, reminding us that we are purest of heart and feel the deepest happiness when we were young. This beautiful song is a perfect example of nostalgically looking back on a time of innocence, when we experienced life with more heart-centered awareness and joy.

Not only did the song’s lyrics evoke nostalgia, but the arrangement did as well. “Penny Lane” was nearly finished when, after seeing a performance of Bach’s Brandenburg Concerto #2 on television, Paul decided to add a trumpet solo (played by David Mason). This embellishment infuses the song with a magical flair of brightness and child-like energy. It was the final brushstroke on this work of art.

“Penny Lane is in my ears and in my eyes

There beneath the blue suburban skies

I sit, and meanwhile back”

This is song #40 of the Beatles Song Tarot Project. Click here to learn more about this magical, mystical trip through the Beatles catalogue.