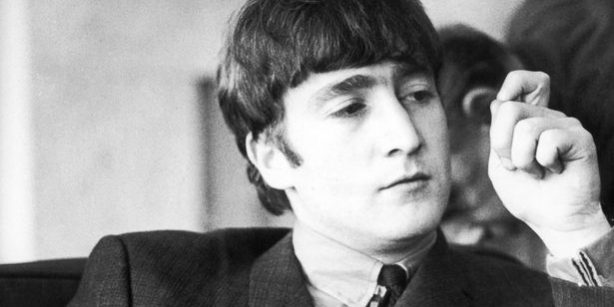 How much pain is tolerable in a relationship? We all have our thresholds for what we’re willing to put up with before we move on. “Not a Second Time” was written by John and released on the Beatles second album, With the Beatles. The song was influenced by Smokey Robinson, and describes the heartbreak experienced by the song’s narrator due to a nasty fight with a lover.

Despite the song’s title, it seems apparent there’s been more than just a single fight between the two of them. He points out that she’s “giving me the same old line”, implying that they’ve been here before. As it stands now, the girl apparently wants to make amends, despite having said such hurtful things to him. He’s made up his mind, however, that he’s no longer willing to tolerate the way she’s made him feel.

This song gave the Beatles their first taste of intellectual credibility when critic William Mann of The Times praised it for having “Aeolian cadences”. John didn’t know what this meant but appreciated being recognized as more than a throwaway pop band. He said years later, “To this day, I have no idea what [Aeolian cadences] are. They sound like exotic birds.” I think it’s worth pointing out that the melody of the chorus – where he sings the words “not a second time” – does a nice job of subtly suggesting an unhappy conclusion to the story. The 8 of Cups is the tarot card that symbolizes feeling emotions over and over again, in perpetuity. Many versions of this card show a person walking away, with a waning crescent Moon overhead. This picture suggests they’re moving on from a situation or relationship that they’ve had enough of. They’ve chosen to end it and are now off to find something new. It’s notable that in “Not a Second Time”, the first verse is repeated for the second verse. The singer has nothing more to say; he’s done and moved on.

When you draw this card, see it as an invitation to recognize this pattern somewhere in your life. What are you tired of feeling, over and over? Have you had enough? Change may feel difficult, but is it harder than tolerating the situation any longer? When the pains of things remaining the same finally outweigh our fear of change, we likely find ourselves ready to move on.

You hurt me then

This is song #45 of the Beatles Song Tarot Project. Click here to learn more about this magical, mystical trip through the Beatles catalogue.