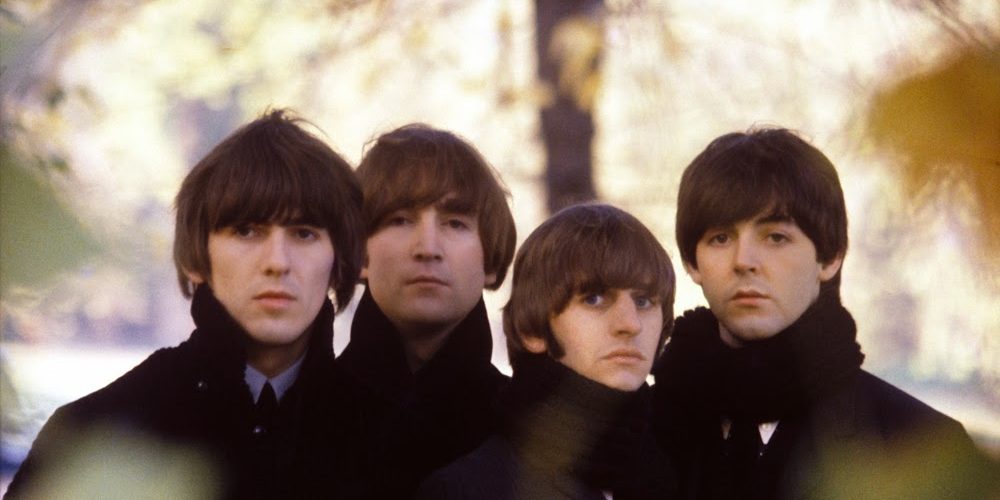 The Beatles’ fourth album opens on a surprisingly gloomy note. The first track of their first three records all featured a high-energy rocker to set the mood for what was to come. And in its own way, “No Reply” sets the mood for Beatles For Sale too. But considering that the joyful phenomenon known as Beatlemania was at its peak, fans were likely not prepared for a collection of introspective and oftentimes melancholy songs from the biggest band in the world.

“No Reply” was written primarily by John and was one of the first examples of a “story” song by the Beatles. It indicated a growing maturity in his songwriting, although he wasn’t all that impressed with it initially. The band even offered the song to another performer named Tommy Quickly. When Quickly chose not to use it, the Beatles decided to record it themselves. And for good reason: not only is it a very good song but their exhausting schedule at the time left little time to write new material. In late-1964 they needed all the quality originals they could muster.

For “No Reply” John was inspired by the 1957 doo-wop hit “Silhouettes” by the Rays. Like its predecessor, the song tells the painful tale of seeing an ex-girlfriend going home with another guy. When the song’s protagonist goes to the door or calls on the phone, he’s told she’s not at home. Listen for the anguish when he sings, “I saw the light” and “I nearly died”. These lines represent the intense, acute feelings of pure heartache the singer is feeling, like someone is stabbing his heart. 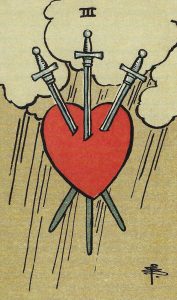 A quick glance at the 3 of Swords reveals it as the tarot card best symbolizing sorrow or grief. One helpful way to interpret tarot cards is to look at their astrological correspondences. The 3 of Swords corresponds to Saturn in Libra. Saturn is symbolic of disheartening limitations, while Libra is the sign indicative of love and relationships. Since his lover has moved on without him, the singer of “No Reply” is experiencing how it feels to realize he’s not going to be with her anymore. He’s not accepting it well.

When we’re undergoing an experience indicative of the 3 of Swords, we have to find a way to move past the pain. Otherwise we may become obsessive, like the singer who’s spending way too much time camped out in front of his ex’s house. Notice the opening lyric is “this happened once before”. How many more times will he have to receive no reply before he can accept the break-up and begin to heal?

“I tried to telephone

They said you were not home

‘Cause I know where you’ve been

I saw you walk in your door.”

This is song #63 of the Beatles Song Tarot Project. Click here to learn more about this magical, mystical trip through the Beatles catalogue.