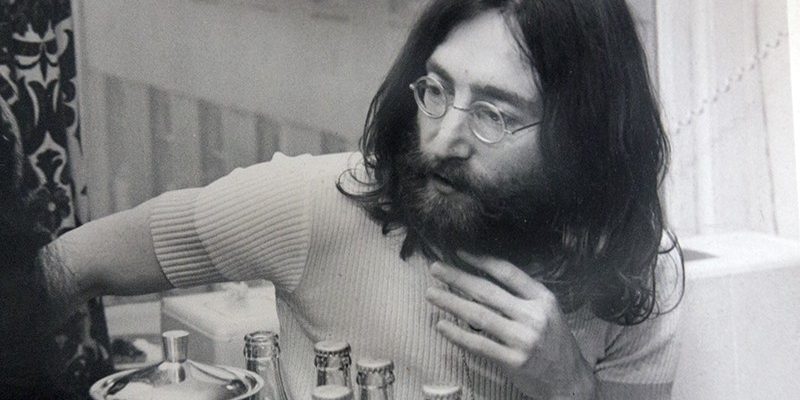 As an astute observer and storyteller, John was often inspired by things he read in the newspaper and saw on television. In June of 1967, the Daily Mirror and Daily Record both ran stories about a John Mustard, who was being divorced for being cruel and miserly to his wife. John wrote a song about the story while in India. A couple years later it hadn’t been fully developed yet, making it a nice fit for the Side 2 Abbey Road medley.

Another likely inspiration for the song came from a popular British sitcom, Steptoe and Son. In the show the elder Steptoe was always referred to as a “dirty old man”, which became a popular catchphrase in Britain at the time. Fun tidbit: the character was played by actor Wilfrid Brambell, who also played Paul’s grandfather in A Hard Day’s Night. In the movie, Brambell’s character is constantly being observed as “very clean”, a funny reference to the television show.

According to the tabloid newspaper stories, the real Mr. Mustard shaved in the dark to save money on his electricity bills and forced his wife to listen to the radio with the lights off, since “it was not necessary to see in order to listen”. Apparently he’d given her a grand total of one British pound in the entire year before she finally filed for divorce. What a mean old man! The 4 of Pentacles is the tarot card related to safety and security, particularly in financial matters. The image on this card often shows a person hoarding coins, suggesting a greedy approach to saving and investing. Certainly much can be gained from taking a conservative approach to money: building a nest egg for retirement and putting some away for a rainy day. Those who work hard and save wisely will likely have a healthy relationship with money.

But if we get trapped in a scarcity mindset toward wealth, we’re likely to become greedy. We’ll hoard it and close ourselves off from experiencing life. Notice in the lyrics that Pam takes her brother out to see the Queen because it’s the “only place that he’s ever been”. Meanwhile, over time, an attitude of scarcity toward money can warp our personality to the point of becoming antisocial. Poor Mr. Mustard had gotten so mean he couldn’t be trusted in public to act like anything but a dirty old man.

“Sleeps in a hole in the road

Saving up to buy some clothes

Keeps a ten-bob note up his nose

Such a mean old man”

This is song #39 of the Beatles Song Tarot Project. Click here to learn more about this magical, mystical trip through the Beatles catalogue.