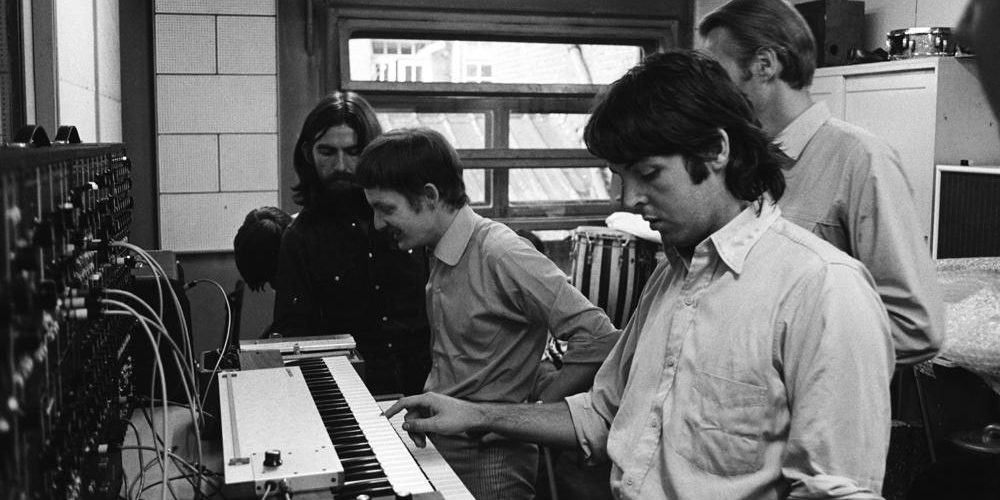 “Maxwell’s Silver Hammer” is the silliest song you’re ever going to hear about a serial killer. Although Paul thought it was good enough to be considered for a Beatles single, his bandmates despised it. John, who doesn’t even appear on the final recording, said he “hated” it because Paul “made us rehearse it a hundred million times”. George called it “fruity”. And Ringo said the recording sessions for this song were the worst the band ever had. For his part, Paul said he just wanted to get the song right, adding “They got annoyed because ‘Maxwell’s Silver Hammer’ took three days to record. Big deal.”

In each verse we meet a different character who becomes one of Maxwell Edison’s victims. In the first verse it’s his love interest Joan (who “studies pataphysical“); in the second verse it’s his schoolteacher back when Max was just a boy; and in the final verse it’s the judge who hands down a harsh sentence to Maxwell for his ghastly deeds. In each chorus we hear the clanging of an anvil to indicate the victim has met their disastrous end. Tarot of the Silicon Dawn

“Maxwell’s Silver Hammer” is an allegory for the looming threats facing everyone, both real and imagined. As Paul put it, the song was “my analogy for when something goes wrong out of the blue, as it so often does, as I was beginning to find out at that time in my life. I wanted something symbolic of that.” In this context Maxwell isn’t a deranged psycho; he’s the perilous hand of fate that could come down upon any of us at any time. His silver hammer is like the legendary Sword of Damocles, hanging over us by a thread.

Do you ever get a sense there’s a proverbial silver hammer, set to come down upon your head? The 10 of Swords is one of the scariest looking cards in the tarot deck. The tarot’s “10” cards indicate the maximum amount of the element indicated by the suit. In this card’s case, we’re seeing a culmination of mental energy (Swords) toward a situation in your life. It’s no wonder this is such a frightening looking card; it often indicates something you’ve been worried about for quite a while.

The good news is that with the 10, the time has come to deal with it and move on. You’ll feel much better once you do. It’ll no longer feel like Maxwell’s hammer is hanging over your head.

“But when she turns her back on the boy

He creeps up from behind

Came down upon her head”

This is song #42 of the Beatles Song Tarot Project. Click here to learn more about this magical, mystical trip through the Beatles catalogue.