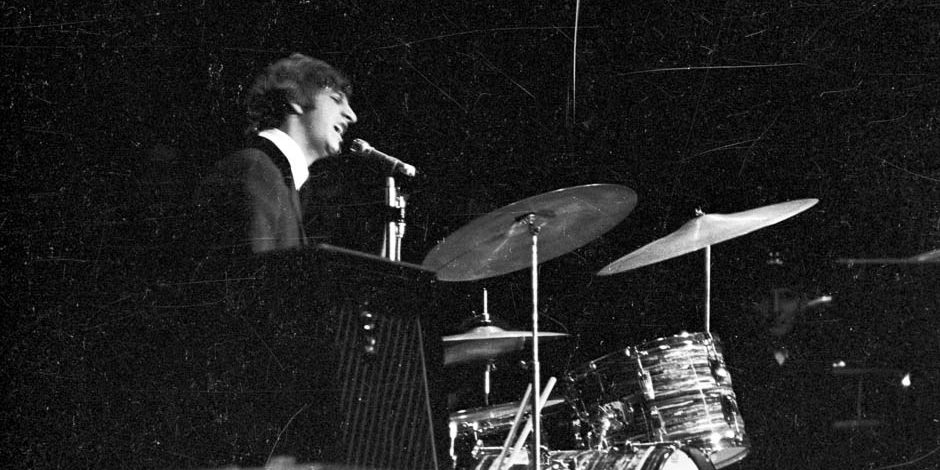 “Matchbox” is a swinging rockabilly tune, sung by Ringo. The Beatles had been performing the song since their early days; their original drummer Pete Best sang it when they still played small clubs. It’s a cover of a Carl Perkins song, recorded for their Long Tall Sally EP and released in the U.K. in June of 1964. It would be released as a single in the U.S. a couple months later, reaching the top-20.

Carl Perkins was a huge influence on the Fab Four. Known as the “King of Rockabilly”, he’s probably most famous for his song “Blue Suede Shoes”, a huge hit for Elvis Presley. Along with “Matchbox”, the Beatles recorded a couple other Perkins compositions, including “Honey Don’t” (also sung by Ringo) and “Everybody’s Trying to Be My Baby” (sung by George). They performed plenty more of his songs during their early concerts. 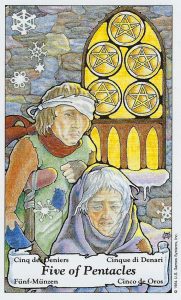 “Matchbox” is perfect for Ringo’s vocal range and amiable, down-to-earth persona. It’s a blues song, with typical woe-is-me lyrics. The singer is down on his luck, hoping a woman will feel sorry for him. By the fourth verse he’s making advances, asking if he can be her “little dog” at least until her “big dog comes”.

The 5 of Pentacles is the tarot card symbolizing poverty or being the victim of circumstances. Nearly every blues song comes back to these themes, which would make this the perfect blues card. When you get the 5 of Pentacles in a reading, you’re invited to consider some way that you’re a victim, or at least playing the victim.

How are you reacting to the adversity in your life currently? Are you hoping to gain pity or some other form of assistance? While playing the victim may bring charity in the short term, it may also keep you stuck in the long run. We all need a little help sometimes, but victimhood can become a habit if you’re not careful.

No one wants to be a victim but playing one has its benefits. In the case of “Matchbox”, we see a “poor boy, a long way from home” looking for a little loving. And with someone as likeable as our sweet Ringo, it’s likely to work!

and I’m a long way from home.

cause everything I’ve ever did was wrong.”

This is song #30 of the Beatles Song Tarot Project. Click here to learn more about this magical, mystical trip through the Beatles catalogue.