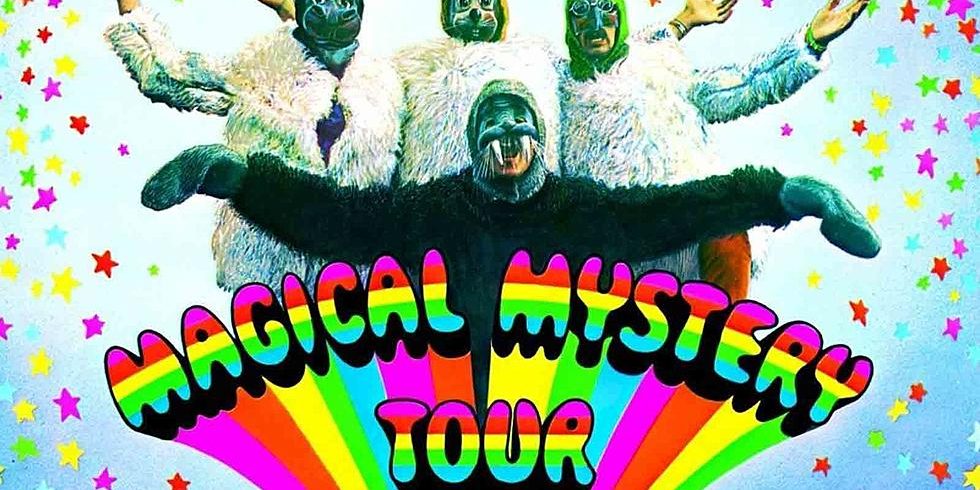 Before Sgt. Pepper had even been released, the Beatles began work on their next project in the spring of 1967. Inspired by the free-spirited and LSD-fueled antics of Ken Kesey and the Merry Pranksters, Paul introduced his bandmates to the concept of leading a psychedelic bus trip. Initially Magical Mystery Tour was just a song, but soon morphed into a larger project including a film and accompanying album.

The idea for the movie was for the Beatles and a group of adventure-seekers to drive a bus around the English countryside and film whatever hijinks ensued. They began filming with hardly any script, as the whole point was to be free of constraint and to invite spontaneity. Perhaps not surprisingly, the final product – which premiered on British television the day after Christmas – was judged by fans and critics to be an aimless and confusing mess. The Magical Mystery Tour film was the first time the Beatles experienced such universal and malicious criticism. On the bright side, the music was almost universally praised as highly imaginative and innovative. (This was the Beatles, after all!)

The title track is the first song off the album, and serves as a spirited call to adventure. We hear in the style of a carnival barker the words “roll up, roll up for a Magical Mystery Tour. Step right this way!” The music’s propulsive tempo and colorful arrangement solicit feelings of excitement and possibility. The rest of the lyrics are very simple, presented as an invitation to be taken away to a new and magical world where anything can happen. 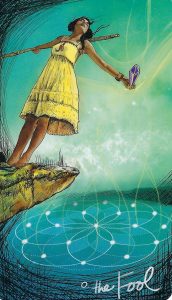 The tarot’s Fool symbolizes this same spirit. As trump card number zero, it represents purity of heart and the possibility for anything to happen. The Fool is often interpreted as the “call to adventure”, the crucial first stage in the mythical Hero’s Journey. To go on adventures we first have to open ourselves to new ways of thinking and being. The Fool says to embrace freedom, even if it means being a bit reckless too. Be free of expectations and have the courage to proceed without a plan. Don’t worry about consequences; live in the now!

The Fool is a perfect symbol for the entire Magical Mystery Tour project. In hindsight, maybe it wasn’t the best idea to create a film without much of a plan. But this was the peak of the Beatles’ psychedelic period, not just in terms of their music but in their philosophy and lifestyle as well. Rules and conventions were seen as square and treated as enemies to the creative process.  In 1967 the band no longer toured and were free of many of the responsibilities they were forced to tolerate as lovable mop tops. When they tragically lost their manager Brian Epstein to a drug overdose during that year, there was no longer a respected adult voice to rein in their most whimsical and far-out impulses. Then again, the spirit of the Fool would have urged them not to listen anyway.

It’s worth noting that during these heady times, the Beatles became associated with a Danish design group who specialized in making psychedelic clothing and art. These designers were trendsetters, creating an aesthetic that became synonymous with psychedelia in London during the 1960’s. Among their creations for the Beatles were the artwork that appeared inside the Sgt. Pepper album; many of the clothes they wore during this period, including while filming Magical Mystery Tour; and the huge mural that adorned the Beatles’ new Apple Boutique store. The name of the design group? The Fool, of course!

We all have times in our lives when we get stuck in a little rut. This is when our spirits cry out for more fun, more spontaneity, and more magic. When you draw the Fool in your readings, it’s an invitation. Hear your call to adventure. Get out there and see what happens!

Is dying to take you away

Dying to take you away

This is song #77 of the Beatles Song Tarot Project. Click here to learn more about this magical, mystical trip through the Beatles catalogue.