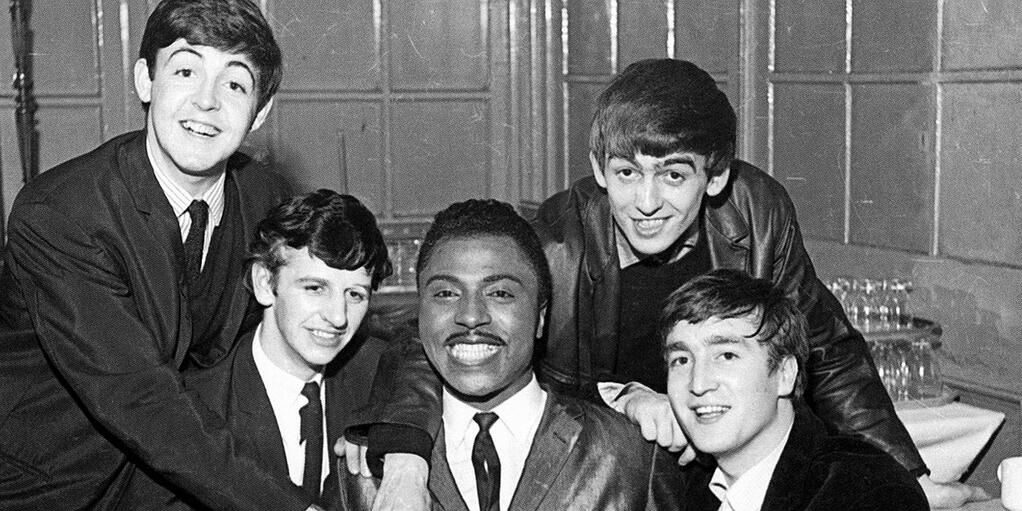 The Beatles performed “Long Tall Sally” so often in concert that when it came time to put it on record, they nailed it in just one take. The song was a huge hit for Little Richard, who was one of the great pioneers of rock and roll, and a major influence on the Fab Four. It’s no wonder why the Beatles used “Long Tall Sally” as the finale for their concerts for many years: The whole band plays with frenzied intensity, especially Paul, whose vocal performance is a fantastic impression of his hero.

In typical Little Richard fashion, “Long Tall Sally” is a song of ferocious energy. He specifically intended for the lyrics to be too fast for Pat Boone to remake it into a lame song that would top the charts. We certainly got no lame version from the Beatles, although the song’s speedy tempo makes it hard to understand some of the words. One thing that’s clear is that the song is about having an awful lot of fun. 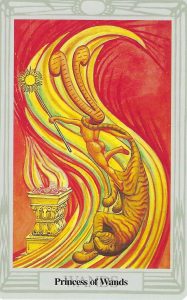 More specifically, the lyrics are about how Uncle John is running around with Long Tall Sally behind Aunt Mary’s back. We learn that John’s been telling his wife that he’s been feeling sick (he’s got “the misery”), while in reality he’s been enjoying the company of the song’s title character. Sally is “built pretty sweet”, implying she’s young and attractive, and the part about her having “everything that Uncle John needs” is about her free-spirited nature, including her sensibilities toward sex.

As we’ve seen a couple times on this list, the Beatles had an affinity in their early days for performing cover songs loaded with lustful energy. The Knight of Wands was the best choice for those songs because it symbolizes the male libido and described the song’s singer. But for “Long Tall Sally”, the best card choice is the one that represents the title character. We go with the Page of Wands* because it symbolizes a free-spirited, libertine young woman.

When you draw this card in your readings consider the current state of your youthful fiery spirit, regardless of your gender or your age. It’s the side of your personality that is filled with vitality, has loads of confidence and enthusiasm, and loves life. With the Page of Wands, you’re being invited to have some serious free-spirited fun, like Long Tall Sally.

She got everything that Uncle John need

*Many tarot decks use Pages to represent the youthful energy of its respective suit, but some use Princesses. Either way, the spirit of the card is the generally the same. For the sake of consistency, I am using Pages instead of Princesses throughout the Beatles Song Tarot Project. (Similarly, I am using Knights instead of Princes, which is another common difference between tarot decks). That said, “Long Tall Sally” is a clear case where the image of a Princess is a truer and more intuitive portrayal of the song’s energy than a Page is.

This is song #47 of the Beatles Song Tarot Project. Click here to learn more about this magical, mystical trip through the Beatles catalogue. (Scroll down to enjoy a live version of “Long Tall Sally”)