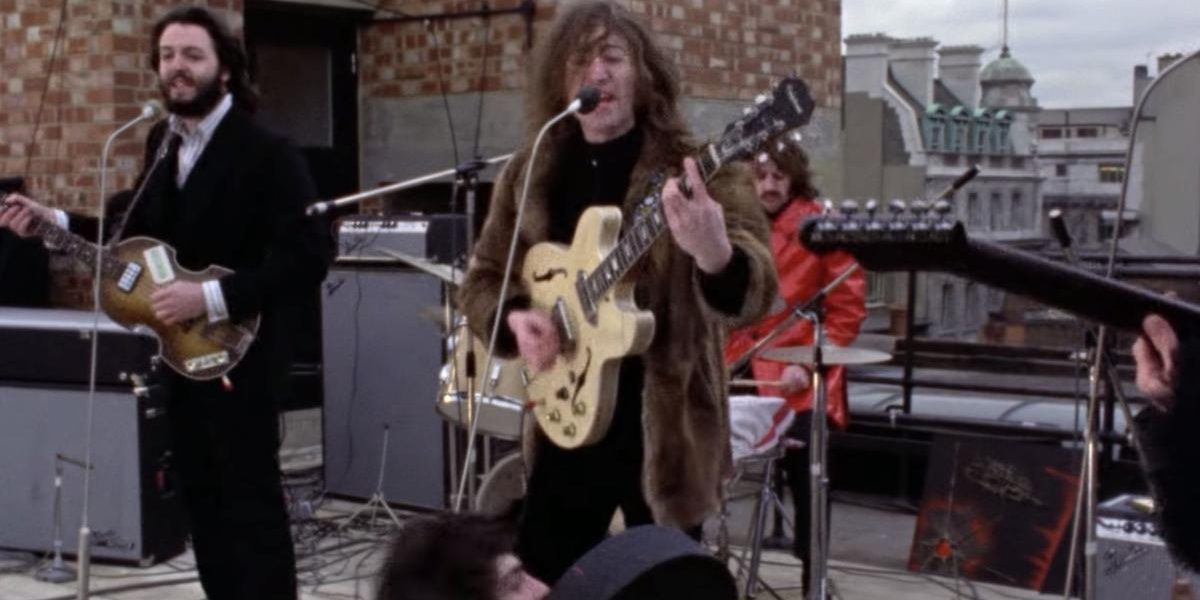 We can tell within the first few notes that the feeling he’s got is one of dark foreboding. For good reason: the Beatles were growing apart personally and creatively as this song was recorded for what would eventually be the Let It Be album. Notably, the band elected to include this song as part of their final live performance, on the rooftop of their headquarters in downtown London in January of 1969.

“I’ve Got A Feeling” is a rare case in later Beatles albums where both John and Paul take lead vocal for different sections of the song. It works especially well because each goes against type. Although known as the sentimental Beatle, Paul provides the ominous verses and chorus. Meanwhile John, despite being regarded as the cynical one, sings the nostalgic part in the bridge. (“Everybody had a hard year, everybody had a good time…”)

Paul’s dark lyrics and melody represent the current mood within the Beatles, while John’s countermelody looks back at better times. As in previous cases where the two contributed different tunes within the same song (“We Can Work It Out” and “A Day In The Life”, for example), the effect is dazzling. “I’ve Got A Feeling” builds to a climax where both sing their parts in tandem, the conflicted melodies and sentiments of the present and the past weaving together. The 9 of Wands is a card about appreciating the present in terms of the past. What got me here? What have I learned from my experience? How am I stronger as a result of what I’ve been through, as difficult as it may have been? Many versions of the 9 of Wands show a guard on watch. He appears beaten and injured yet holding his own against the forces working against him. The 9 of Wands in a nutshell could be understood proverbially as, “that which doesn’t kill you makes you stronger.”

But that which doesn’t kill you can also make you exhausted and even paranoid. These are the potential negative expressions of the 9 of Wands, and we hear them expressed in “I’ve Got A Feeling.” The band were bickering and choosing sides against each other in creative and legal battles. They’re hanging on to memories of the good old days, but they’ve grown deeply tired of the demands of being Beatles and each other.

When this card appears in your reading, reflect on how you are wiser, stronger, and more resilient from experiencing a difficult trial in your life. Like the figure in this card, you’ve earned your bandages and scars, and you are better for them.

“I’ve got a feeling, a feeling deep inside

I’ve got a feeling, a feeling I can’t hide

This is song #13 of the Beatles Song Tarot Project. Click here to learn more about this magical, mystical trip through the Beatles catalogue.