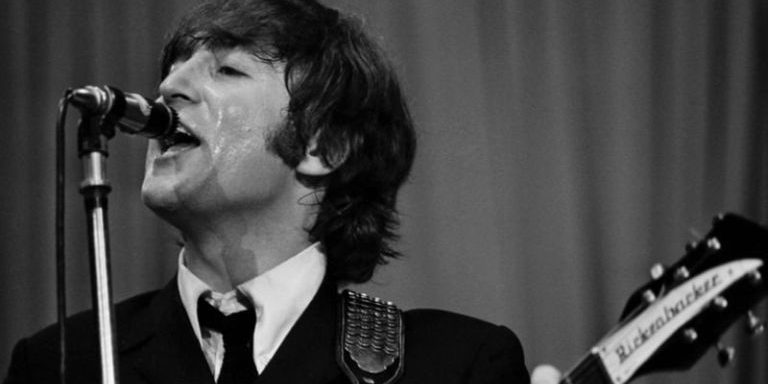 You would think being in the most beloved musical group on Earth would be tremendously fun. Surely it was some of the time, especially during the Beatles’ ascendancy to the peak of fame. But by the time the phenomenon known as Beatlemania reached its zenith in late-1964, the demands were taking their toll.

A clear sense of weariness is evident in the Beatles’ fourth studio album, Beatles For Sale. The title of the album is fitting, as the band were working “Eight Days A Week” at the time of this recording. They’d become prisoners of their own success and the expectations of their millions of admirers.

Fans might have noticed something amiss, as this record opens with not one, or even two, but THREE gloomy songs in a row. The subjects of these songs include romantic break-ups, stalking (!), and even death. What had come over our bright and cheerful boys from Liverpool?!

In the case of “I’m A Loser”, John wallows in self-pity over a break-up with a girl who was “one in a million.” Astute observers of Beatles music will notice a tendency of John’s songs to have a decidedly pessimistic bent, especially in matters of love. Notice here he says he “should have known she would win in the end.” It reveals an underlying adversarial attitude in matters of romance. We will see this a lot from John as we continue on this Beatles Song Tarot Project, especially in the days pre-Yoko. The 5 of Cups card in the tarot deck relates to loss. It indicates disappointment, failure, or regret. Taken to their extreme, these negative emotions can lead to total despair, as we hear expressed in “I’m A Loser.”

When we get this card in a reading, we’re invited to acknowledge some kind of setback that we’re facing. Acknowledgement of the pain is the first step toward moving past it. Many versions of the 5 of Cups show some cups spilled over, while others remain upright. This is a reminder that, despite how disappointing the situation, we always have resources of strength to call upon to heal. Things are rarely as bad as when we feel the worst about them.

“Although I laugh and I act like a clown

Beneath this mask I am wearing a frown

My tears are falling like rain from the sky

Is it for her or myself that I cry”

This is song #2 of the Beatles Song Tarot Project. Click here to learn more about this magical, mystical trip through the Beatles catalogue. (scroll down for a live version of “I’m A Loser”.