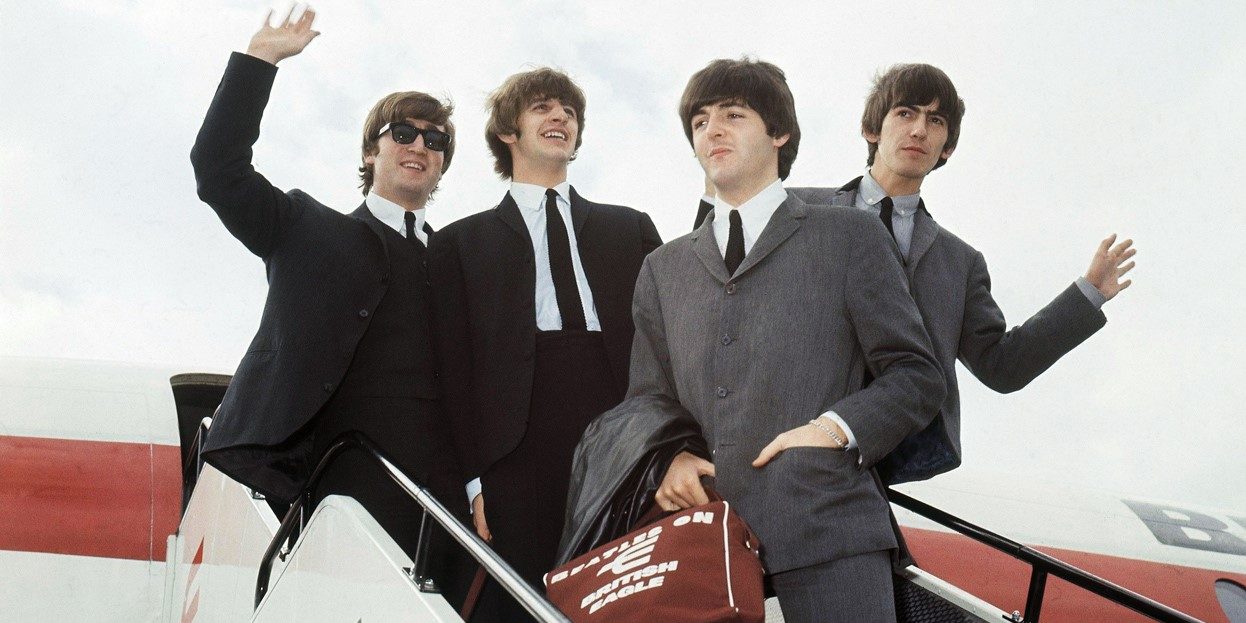 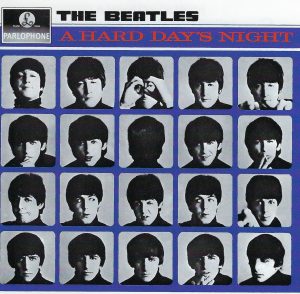 The Beatles’ first two albums concluded with loud, raucous songs that each served as their record’s grand finale. But for their third album – the soundtrack to the film A Hard Day’s Night – they chose to end things on a more introspective and emotionally complex note. Composed mainly by John, “I’ll Be Back” reflects an emerging maturity in the group’s songwriting and could also be seen as a sign of things to come with their melancholy fourth album, Beatles for Sale.

The song’s lyrics represent words spoken to a girlfriend who repeatedly breaks the singer’s heart. Every time she hurts him, he tries to move on. But he always returns because his love is too strong to keep him away. The song’s title affirms that nothing is going to change; although he knows she’s going to upset him again, he’s professing that he will be back to face further pain in the future. 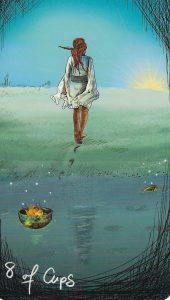 The song’s complex emotions are matched by its subtly complex arrangement. “I’ll Be Back” vacillates between major and minor key, giving the song a feel that is both somber and desperately hopeful. The verses are sung by John and Paul in beautiful harmony, reflecting the complicated emotions that the singer is feeling. We also hear this complexity in phrases like “not trying to pretend”. The bridge sections, meanwhile, are sung by John alone. Notice how the lyrics during these bridges are more simply confessional. He tells her in plain language how he’s feeling (“I love you so”; “I wanna go”) while being vulnerable enough to admit he’s hoped his absence would make her heart grow fonder.

The 8 of Cups broadly signifies feeling a specific emotion or set of emotions both strongly and perpetually. The card’s combination of suit and number tells us why. The suit of Cups symbolizes the element Water and therefore refers to matters of emotion. The number 8, meanwhile, signifies a state of being that is repeated in perpetuity, seemingly without end. Most versions of the 8 of Cups show a figure walking away, leaving an emotionally painful situation behind. The problem for the singer of “I’ll Be Back” – and what makes this song so interesting – is that he’s dealing with two strongly-felt, conflicting sets of emotions that show no sign of abating. He badly wants to end his pain by leaving her behind. But his deep love for her keeps bringing him back. On and on, the cycle repeats.

When we draw the 8 of Cups in a reading, we’re encouraged to recognize an emotional pattern that’s keeping us stuck. If this pattern is ever going to end it’s up to us to make a clean break and move on. As we hear in this underrated gem of a Beatles song, it’s not likely to be easy. It’s often very difficult to make a clean break when we’re in love. Notably, “I’ll Be Back” comes full circle when the first verse is repeated toward the end. But only the first half of the verse is sung before the instrumental fadeout takes over. We don’t get a satisfying conclusion because the story will continue. Although he may be leaving now, he will return hoping for a better outcome next time.

“You know if you break my heart, I’ll go

But I’ll be back again

‘Cause I told you once before goodbye

But I came back again.”

This is song #92 of the Beatles Song Tarot Project. Click here to learn more about this magical, mystical trip through the Beatles’ catalogue.