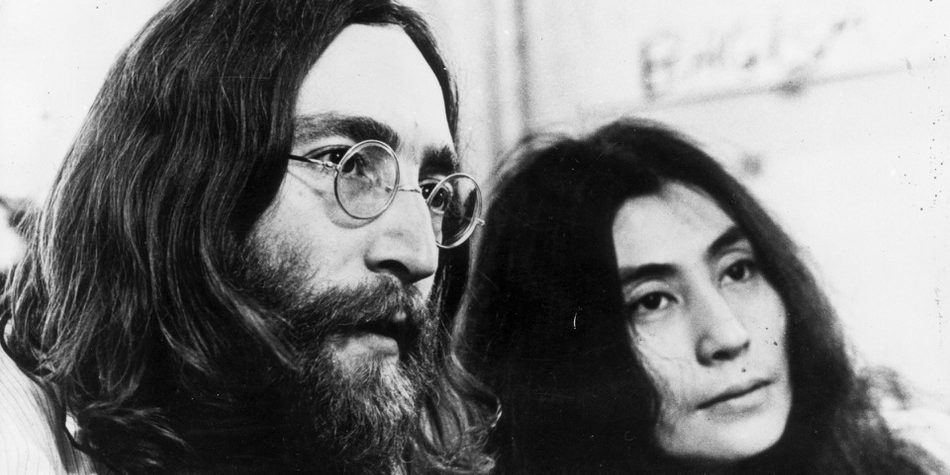 The first side of Abbey Road ends with a sudden cut, from overwhelming noise to silence. At nearly eight minutes in length and only 13 words for lyrics, John’s “I Want You (She’s So Heavy)” is one of the Beatles’ most fascinating songs. As the title suggests, it’s a song of desire. John asserts over and over, “I want you so bad it’s driving me mad.”

A couple minutes in he introduces the phrase, “She’s so heavy.” The term “heavy” has a double meaning in the song. Yoko was heavy, meaning she was serious and intense, John’s artistic and intellectual equal. This is exactly why she was the one person who could free John of the heaviness of being in the Beatles. John would later comment that he felt like he was drowning during the dark period of his life before meeting Yoko. The pressures of being in the world’s biggest band had become excruciating, until she came along and literally saved his life. Heaviness and the feeling of overburden are expressions of the tarot’s 10 of Wands. Wands are the suit of energy, will, and desire; and the number 10 represents the maximum amount. In other words, the 10 of Wands is a situation where we are at the peak of yearning, exhaustion, or intensity. It cannot hold for long because it’s too much to bear. Once a situation has reached the severity reflected in the 10, it will need to be released soon.

Examples in your daily life might include taking on too much responsibility, getting burned out by an excessive workload, or needing something so bad you just can’t take it anymore. In all these cases, we can only tolerate so much until something must give.

We hear just how intense John’s desire has become when he lets out a primal scream at the 4:27 mark. Moments later the song enters its wordless coda, which lasts the final three minutes. During the coda we hear a slow-building white noise. This noise represents the building desperation within John’s psyche, growing in ferocity. Soon the noise reaches front and center, combining with the intensity of the heavy riff, creating a terrifying effect reminiscent of the metal band Black Sabbath.

It continues to build until we don’t know how much more we can take. Surely the song is reaching a breaking point; something must give…

I want you so bad

This is song #19 of the Beatles Song Tarot Project. Click here to learn more about this magical, mystical trip through the Beatles catalogue.