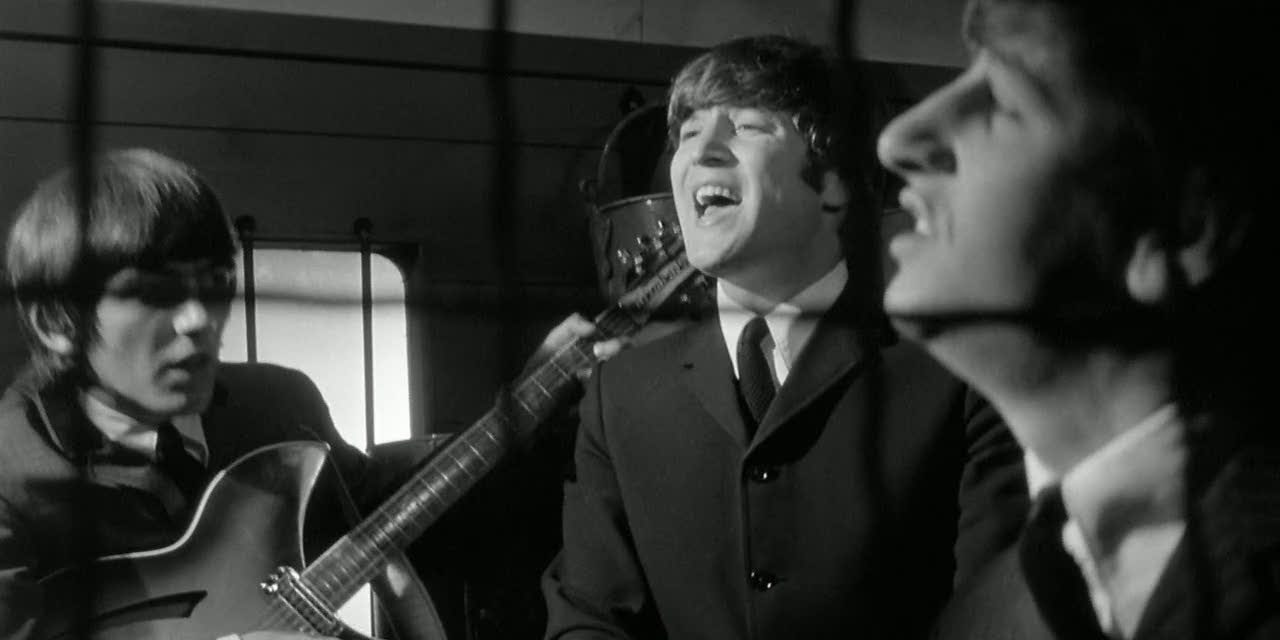 “I Should Have Known Better” is the second song on the soundtrack for the film A Hard Day’s Night, released in the summer of 1964. The Beatles perform the song twice during the movie. The first time is in the train sequence where they’re playing cards with Paul’s grandfather, and being watched by a group of girls, one of whom – played by Patti Boyd – would become George’s actual wife. The song is performed again later, during the concert performance that concludes the movie. In both scenes Paul can be seen lip-synching to the vocal track, although he doesn’t actually sing on the song.

This is very much a John song, and his harmonica playing is a defining feature of “I Should Have Known Better”. The instrument also featured prominently in such early Beatles classics as “Love Me Do”, “Please Please Me”, and “From Me to You”. Here the harmonica shows an increasing influence of Bob Dylan, although it would not feature prominently in Beatles songs much longer (with one notable exception).

Lyrically, the song is about how the singer discovered love after one magical kiss. As the title suggests, he should have known better beforehand just how amazing this connection would be. Maybe it wasn’t love at first sight, but now that they’ve given in to their mutual attraction, there’s no denying it: they are a perfect match. When he sings “this could only happen to me”, I believe he’s saying that he is exactly the right man for her. In a previous entry we saw the tarot card that best represents love at first sight. By contrast, the singer here seems to have discovered love after they’ve gotten to know each other a little bit. Once they kissed, the profound exchange of energy which occurred between them has convinced the singer that she feels the same love for him as he feels for her. He just knows it; their love connection is too real to pretend otherwise.

When love is shared between two people, something magical happens to both of them. The 2 of Cups is the card symbolizing the wonderful transformation that occurs when two people give themselves over to each other. When this card appears in your readings, look to the heartfelt connections in your life. If it’s love, you’ll want them to give you more, hey hey hey, give you more.

“That when I tell you that I love you, oh

You’re gonna say you love me too, oh

And when I ask you to be mine

You’re gonna say you love me too.”

This is song #41 of the Beatles Song Tarot Project. Click here to learn more about this magical, mystical trip through the Beatles catalogue.