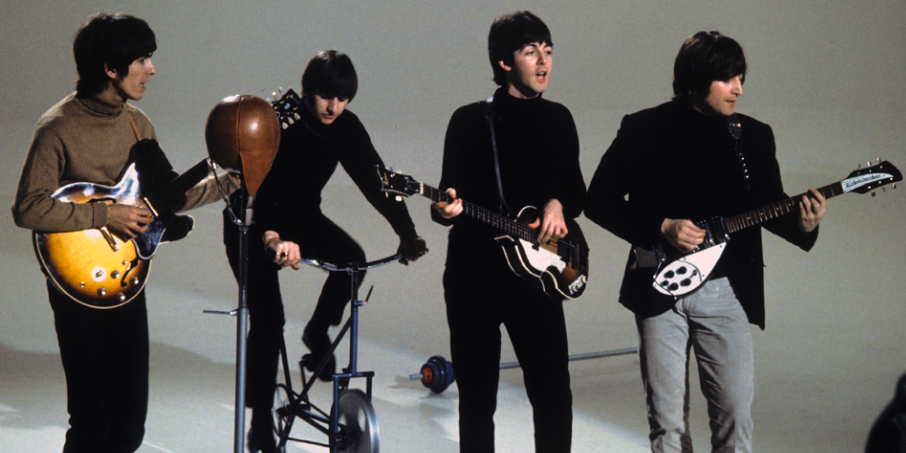 “I Feel Fine” was one of the Beatles’ biggest singles, reaching #1 all over the world in late-1964. By the time of its recording, the Fab Four were looking for innovative ways to expand their sound. So they were delighted when, while recording the song, a guitar leaning against an amplifier accidentally created an extended note of feedback. They took it as kismet and recreated the sound for the song’s intro. For years afterward, John took tremendous pride in this being the first time such an effect was used in a popular music recording.

The Beatles had become incredibly good at integrating elements of their influences to create something of their own. This is clearly the case for “I Feel Fine”. The song’s signature riff was borrowed heavily from a song called “Watch Your Step” by Bobby Parker. Meanwhile, Ringo’s distinctive Latin-flavored percussion closely imitates the one from “What’d I Say” by Ray Charles.

Lyrically, “I Feel Fine” is about a familiar theme of early Beatles music, romantic love. But unlike so many other love songs, which naturally tend to be sweet and sentimental, this one has a vibe that is far more stylish and modern. The relationship described in the song could even be judged as quite superficial. She loves him largely because he buys her expensive items like diamond rings. And he loves her largely because she remains true to him. Notice the line he repeats in all five verses is that “she said so”. He just loves how much she tells him and the whole world how happy she is to be with him. 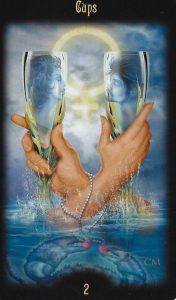 The tarot’s 2 of Cups signifies a relationship shared by two people, making it a good fit for “I Feel Fine”. Many tarot readers automatically approach it as the card of romantic love. But it’s more accurate to treat it as the card of any relationship where there is an exchange of energy or emotion between two people. So when you draw this card, yes, sometimes it symbolizes a sentimental kind of love. But it can just as easily represent a relationship between family members, friends, or even the deeper parts of yourself.

“I Feel Fine” was a fresh take on an old love song formula. It reminds us that not all love affairs are sappy and sentimental, so not all love songs should be. Sometimes they’re cool and a bit more mature and even transactional. If both members of a relationship are getting what they want, they’re both feeling fine.

“Baby says she’s mine, you know

She tells me all the time, you know

I’m in love with her and I feel fine.”

This is song #61 of the Beatles Song Tarot Project. Click here to learn more about this magical, mystical trip through the Beatles catalogue. (please scroll down for a live version of “I Feel Fine”)