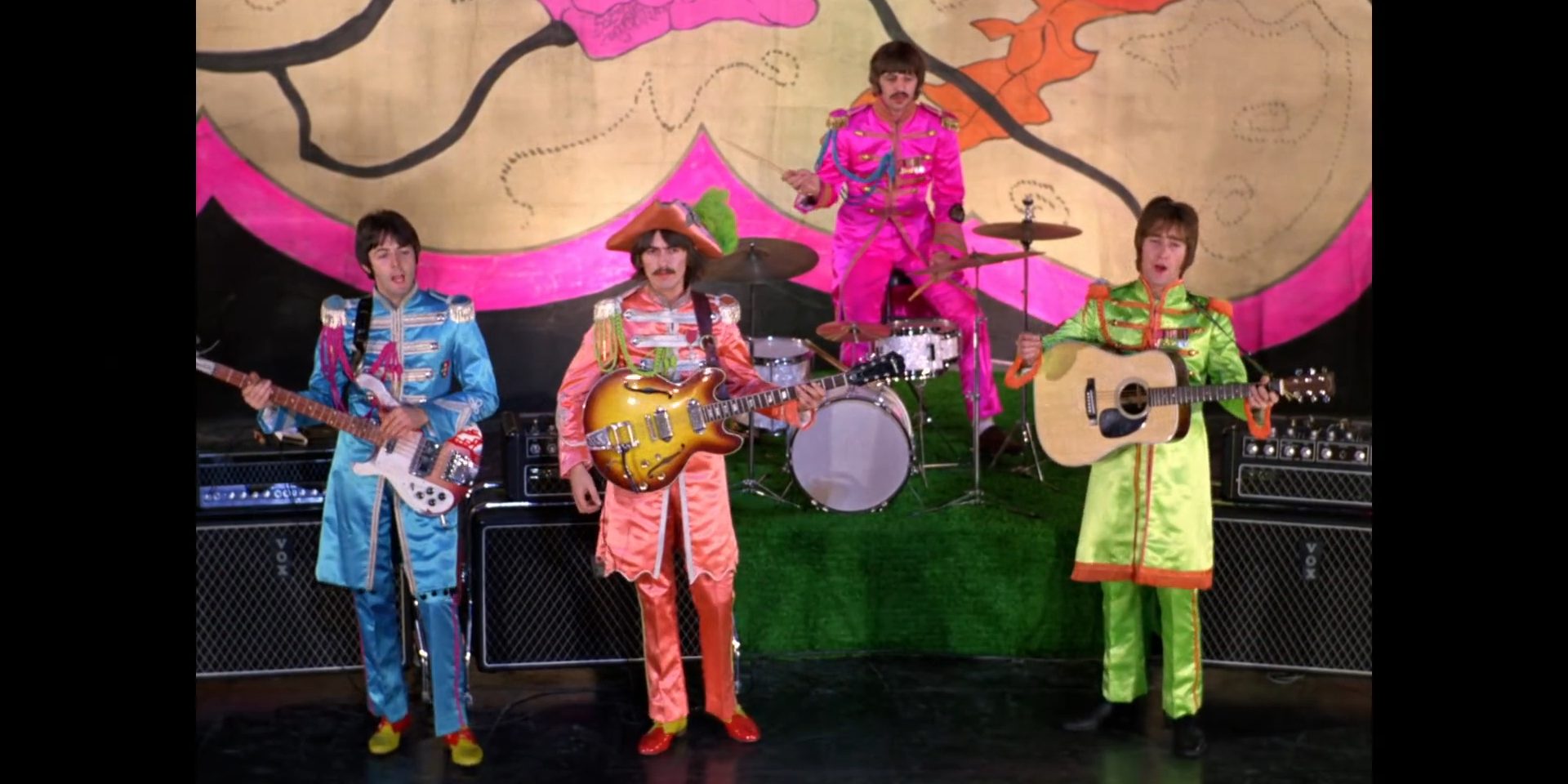 “Hello, Goodbye” was one of the Beatles’ most successful singles, topping the charts all over the world. In the UK, it spent seven consecutive weeks at number one, a feat the band hadn’t attained since “She Loves You” four years before. Despite – or maybe because of – the song’s immense popularity, critical opinion was divided. Some scoffed at it as overly simple and below the standard the Fab Four had set with Sgt. Pepper.

Yet others celebrated its earworm melody and positive message. The song’s simple pleasures could be enjoyed in contrast to the band’s recent confounding psychedelic experimentation and esoteric lyrics. Years later, Paul explained that “It’s just a song of duality, with me advocating the more positive. You say goodbye, I say hello…I was advocating the more positive side of the duality, and I still do to this day.” 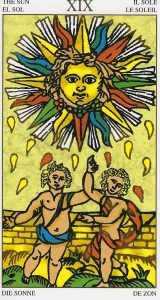 The tarot’s Sun corresponds very well to “Hello, Goodbye”. It can be appreciated as the ultimate positive card in the deck. The Sun is associated with feelings of joy, enthusiasm, and confidence. When we draw this card, we’re invited to feel the energy of the Sun within us. Doing so is likely to bring out our inner child, filling us with vitality, optimism, and exuberance. Keep in mind, however, that the card’s potential downsides are like the criticisms we might have for this song: Make sure your positivity doesn’t become too much of a good thing, leading to an overly simplistic or ingenuous approach to the situation.

The lyrics to “Hello, Goodbye” represent an exercise in juxtaposing a series of opposites. The tarot deck contains many juxtaposing opposites too. One of them is the Sun card’s bright clarity and the Moon card’s dark mystery. When the Beatles selected two songs for their new single in November of 1967, they chose Paul’s bright and simple “Hello, Goodbye” as the A-side and John’s dark and confounding “I Am the Walrus” as the B-side. The two songs represent perfect Sun and Moon opposites to one another. In the Beatles’ earlier days, Lennon and McCartney would have each contributed something to the others’ song to balance it out. In the case of “Hello, Goodbye”/”I Am the Walrus” we get each composer’s vision without significant input from the other, and the balance comes by turning the record over.

One of “Hello, Goodbye”‘s most interesting features, and the one thing that John liked about it, was the joyful coda. This outro section further illustrates the energy of the Sun card. It was created spontaneously in the studio and feels like an outpouring of blissful energy. Meanwhile, one of the song’s promotional videos [see below] shows the band members – even John – dancing, being silly, and having fun. When you get this card, go ahead and do the same!

“You say goodbye and I say hello

I don’t know why you say goodbye, I say hello

I don’t know why you say goodbye, I say hello”

This is song #89 of the Beatles Song Tarot Project. Click here to learn more about this magical, mystical trip through the Beatles catalogue.