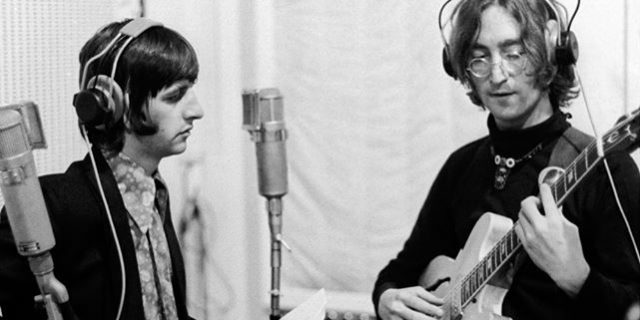 The Beatles’ self-titled album is by far their longest and most varied. Listening to it all the way through is like experiencing a journey through all manner of musical styles and dimensions of the psyche. And in the end, the White Album comes to a satisfying conclusion with this sweet lullaby. “Good Night” was written by John for his 5-year-old son, Julian. He decided to have Ringo sing it, who was a perfect fit because of his vocal style and his sweet, childlike persona.

Other than Ringo’s voice, none of the Beatles appeared on the final track. The orchestration and backing vocals were provided by professional session musicians, as arranged by producer George Martin. John had requested from Martin something overly sentimental for the song. The effect is like hearing the score of a bedtime story, with Ringo’s hushed final words delivered just as we fade into sleep.

It’s as dramatic of a conclusion to an album as the Beatles had displayed with their other recent masterpieces, but in a completely different way. Revolver ended with the mind-blowing “Tomorrow Never Knows” and Sgt. Pepper climaxed with the extraordinary “A Day in the Life”. Here, they gave their fans the disturbing “Revolution 9” as the penultimate track. But rather than conclude the album on such an unsettling note, the Beatles gave us this tender, elegantly simple lullaby as a kind of “happily ever after”. 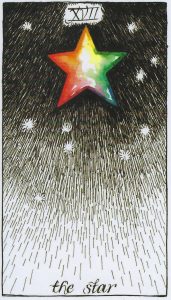 The juxtaposition of the two songs could not be more striking. It’s as if we the listeners are given much-needed healing after undergoing the horrors of the song before. A similar contrast is found between Keys #16 and 17 of the tarot’s major arcana. The Tower (#16) represents chaos and destruction. It is the ultimate “scary” card of the tarot because it implies that old comforts will be stripped away and replaced with upheaval, confusion, and suffering. Surely, many Beatles fans would describe the 8+ minutes of sitting through “Revolution 9” just this way!

Fortunately, even their longest and most perplexing song ends eventually, and is replaced by one that depicts a sense of wonder and innocence that is generally experienced only by children. It’s been said that you have to go through hell before you get to heaven, and I feel this is the spirit of how the Beatles decided to conclude the White Album. In this context, heaven might come in the form of schmaltzy music and Ringo’s soothing voice – plain and comforting – carrying us off into dreamtime, where we can finally rest and experience “dreams sweet dreams.”

It is a poetic conclusion to the Beatles’ strangest record. And a reminder that all horrific ordeals come to an end, at least eventually. When they finally do, they’re often replaced with a deepened sense of inner peace and calm, and a renewed connection to the divine wonders of the soul.

“Close your eyes and I’ll close mine

Now the sun turns out his light

This is song #62 of the Beatles Song Tarot Project. Click here to learn more about this magical, mystical trip through the Beatles catalogue.