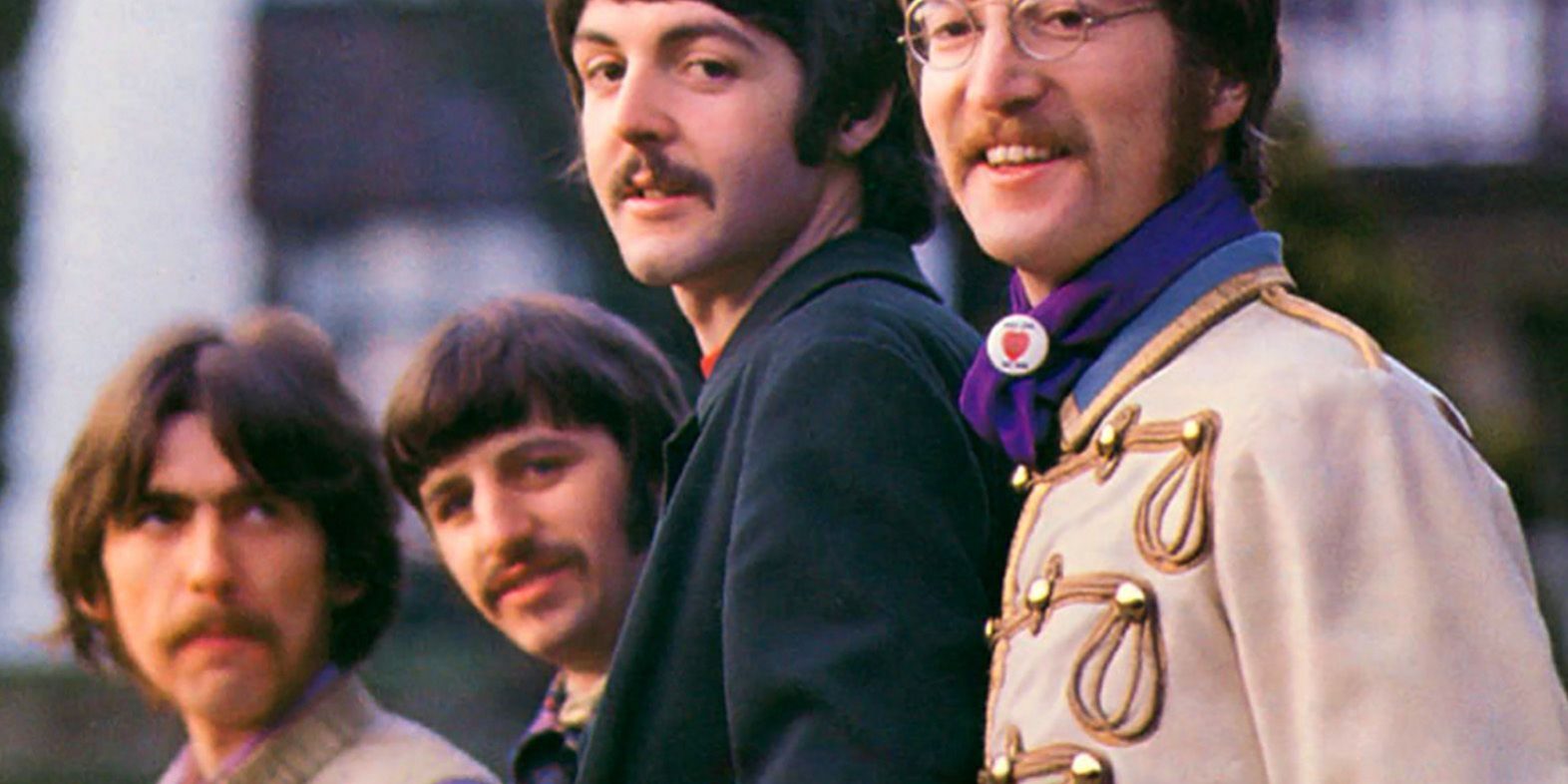 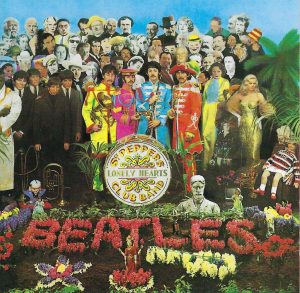 During the months before recording Sgt. Pepper, John Lennon spent a lot of time sitting around in his luxurious suburban estate. Ever since being a teenager, his daily schedule had been dominated by the demands of being a Beatle. But after the band quit touring in 1966, John had loads of free time and no clue what to do with it. He occupied much of his newfound freedom by exploring his mind through psychedelic drugs, watching television, or both simultaneously. John’s inspiration for “Good Morning Good Morning” came from a television commercial for Kellogg’s Corn Flakes cereal.

The 4 of Cups is the tarot card signifying withdrawal or taking time out from the demands of life, which is what John and his bandmates had done during this period of their careers. The 4 of Cups is also the card for apathy or boredom, which we hear in the lyrics for “Good Morning Good Morning”. The first line alone mentions there’s “nothing to do to save his life”, and the lyrics generally describe a world of tedium. His life is so dull he keeps reminding us he’s got nothing to say, although apparently it’s okay. 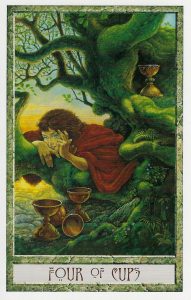 The musical arrangement is anything but boring, however. Paul provides a lively bass line and spirited guitar solo; Ringo’s drumming is among his best; there’s a robust brass section; the time signature changes constantly; and the song concludes with a parade of animal sounds, each one segueing into the next. This quirky arrangement strengthens the song’s connection to the 4 of Cups while also revealing something notable about this card.

The 4 of Cups is traditionally known as the card of luxury, and whenever we feel in this state it’s natural that we don’t feel comfortable in it for long. Being in a state of the 4 of Cups is often naturally accompanied by an impulse to break free. There’s a fine line between taking some much-needed time away and becoming stale. So when you draw this card consider a situation in your life where you have become disengaged. It’s okay to take a timeout to recharge, like the Beatles had done after they quit touring. But also be mindful of when it’s time to reengage with the world again, lest ennui set in, as it had for John in 1967.

And it wouldn’t be much longer before John did break free of his comfortable, tedious suburban lifestyle. In the final verse he reveals he’s feeling a bit frisky, then sings the line, “go to a show, you hope she goes”. A few months before writing this song he had met someone very intriguing at an art show: a Japanese artist named Yoko Ono. And soon afterwards their romance would shake up everything about John’s life and the future of the Beatles.

“Everybody knows there’s nothing doing

Everyone you see is half asleep

And you’re on your own, you’re in the street.”

This is song #64 of the Beatles Song Tarot Project. Click here to learn more about this magical, mystical trip through the Beatles catalogue.