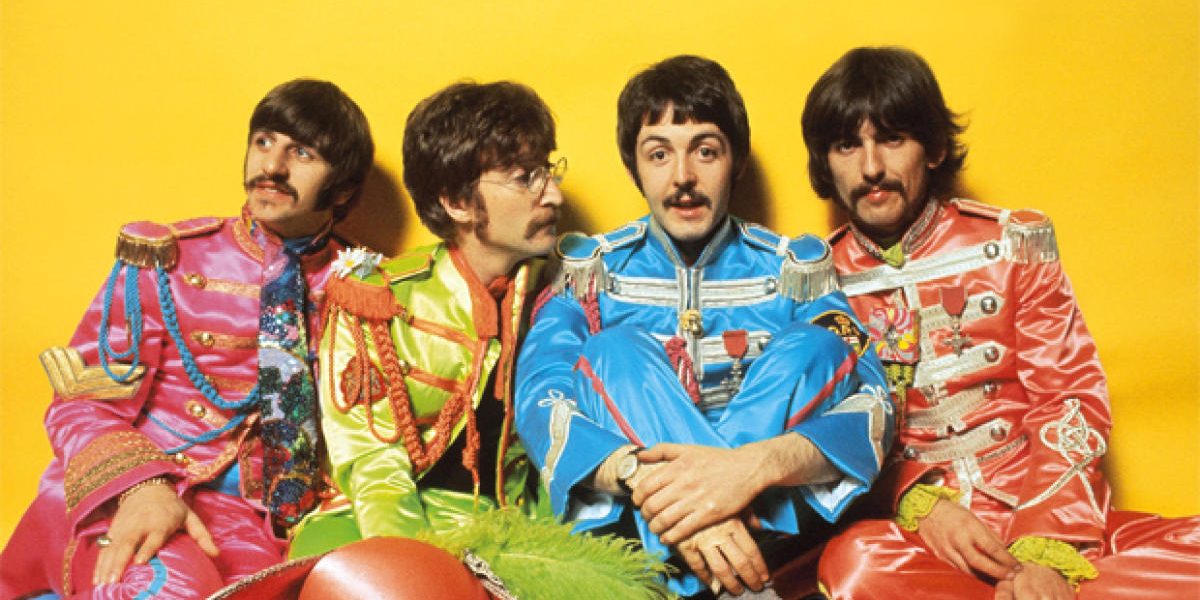 The chugging guitar riff that opens “Getting Better” has a propulsive feel to it, signifying forward motion. This Paul song is about what’s changed since he found the love of his life. Both the music and lyrics paint a picture of moving past the bad times and into a much brighter future.

The first half of the song suggests he hasn’t quite convinced himself it’s real yet. The bad times are still very fresh in his mind, and he’s in the process of coming to terms with the changes overtaking him.

Each verse is a reflection on the bad old days, while the chorus is a reminder to his love (and himself) that things are getting better. Notice there’s a reluctance there. Things have been so bad for so long that he has to begrudgingly admit to himself that – YES – things really are improving.

An unmistakable feature of the song is the parenthetical remarks, supplied by John. (“No I can’t complain… It can’t go no worse”) These remarks represent the doubting mind within our protagonist. He wants to believe he’s no longer the angry man he used to be. The chorus is like an affirmation. It IS getting better; it IS getting better…

Once we’ve reached the final verse, Paul plunges deep within himself, bringing up repressed memories of truly bad times. The deep dive within his subconscious is accompanied musically by the exotic tambura and congas, perfectly illustrative of the exotic world within the psyche. By the time he comes out of the trance, he’s fully convinced that he’s a new man. Notice at 2:03 he shouts it: “Yes! I admit it’s getting better!” The Chariot is the seventh card of the major arcana. We learn more from tarot when we see the cards as a sequence. The Chariot happens after the sixth card, The Lovers, which is precisely what “Getting Better” is all about. Whereas The Lovers is about finding the person who completes us, The Chariot is about what becomes possible afterwards.

The Chariot is the one card that features a vehicle, signifying swift progress. This symbol represents forward motion, confidence, and determination. The Chariot is ready and eager to face the world because he’s at peace with himself. The protagonist of “Getting Better” is finally able to do the same, after years of “hiding his head in the sand.”

When we find true love, anything becomes possible. No matter how bad our lives may have been before, once we’ve discovered that right person who brings out the best in us, we really can take on the world.

“Me used to be angry young man

Me hiding me head in the sand

You gave me the word, I finally heard

I’m doing the best that I can”

This is song #6 of the Beatles Song Tarot Project. Click here to learn more about this magical, mystical trip through the Beatles catalogue.