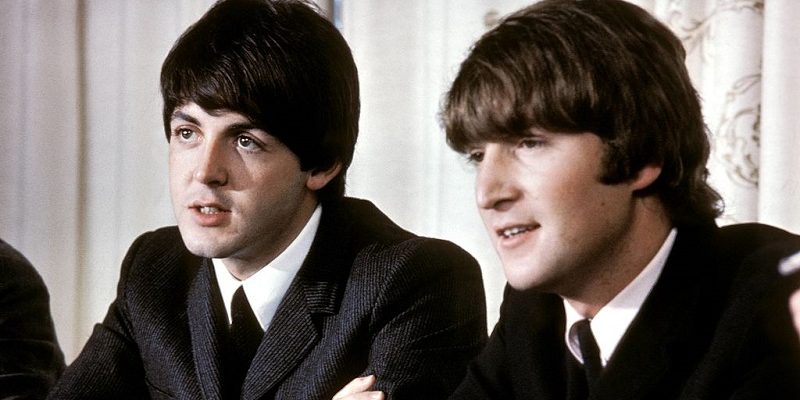 Paul initially had high hopes for his new composition “Every Little Thing”, thinking it might be the Beatles’ follow up single to the smash hit “A Hard Day’s Night”. But after playing it for manager Brian Epstein he had to admit it “didn’t have quite what was required” to be worthy of a single. Instead the Beatles opted for “I Feel Fine”, while “Every Little Thing” was relegated to an album track buried on side 2 of the band’s fourth British LP, Beatles for Sale.

Paul composed most of the song while the Beatles were in Atlantic City, in the midst of their grueling North American tour in the summer of 1964. The band hadn’t been home for months. The inspiration for “Every Little Thing” was Paul’s girlfriend Jane Asher, who he lived with back home in London. He was feeling homesick, missing her badly, and taking comfort in the knowledge she was waiting for him to return home. The song’s verses have a wistful, melancholy vibe, with lyrics of yearning reflection. The tempo and mood pick up during the choruses, as the singer takes solace knowing how much his lover cares for him. His proclamations that everything she does is for him could be taken as chauvinistic bragging. But in the overall context of the song it comes across more that he’s taking comfort, making himself feel better to cure his loneliness. 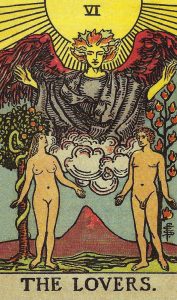 When we’re in a loving relationship, we feel lost without our companion. That is a theme of the tarot’s Lovers card. The classic Rider Waite Smith version shows a male and female figure being blessed by an angel under an immense, powerful Sun. This image symbolizes the blessed connection between these two people. (and more broadly, the archetypal masculine and feminine that dwells within us all). The two complete each other. When they are together, all kinds of good things happen. But when they are apart for an extended period, as Paul and Jane had been, each are likely to feel lost.

This message is reflected subtly in the arrangement of “Every Little Thing”. Notice that the wistful verses feature John and Paul’s voices in unison, with Paul hardly even audible. We hear one voice, not two, like one person alone without their companion. This contrasts wonderfully with the upbeat chorus, where the two voices provide a beautiful harmony, indicative of the two people in harmonious relationship with each other. He feels better knowing she loves him. Ringo’s subtle-but-majestic timpani part helps drive this uplifting point home.

“Every Little Thing” didn’t become the Beatles’ next big hit, as Paul had initially hoped. But it was a beautiful song about emotional connection: how it feels to be away from the special person who completes us, and how lucky we are to have them in our lives when we’re together.

“I remember the first time

I was lonely without her

Can’t stop thinking about her now.”

This is song #67 of the Beatles Song Tarot Project. Click here to learn more about this magical, mystical trip through the Beatles catalogue.