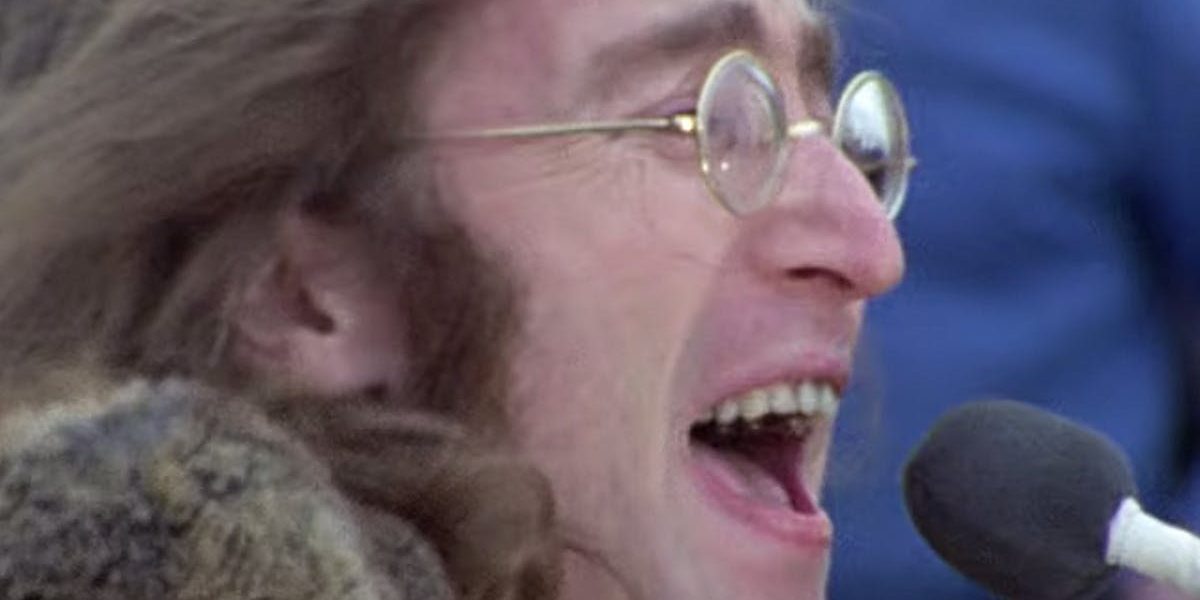 Early in 1969 the Beatles recorded their Get Back project, which would eventually become the Let It Be album and documentary film. At the time John Lennon was falling head-over-heels in love with Yoko Ono, while also wrestling with personal demons. The band that he formed and that had conquered the world was beginning to come apart, and he was struggling with drugs and the pressures of being a Beatle. He was in a very vulnerable place and his emotions were running raw.

“Don’t Let Me Down” was recorded the same day as Paul’s song “Get Back”, and they would be released together as a single, with John’s contribution as the B-side. Two days after its recording, the song was included in the Beatles’ final live performance, on the rooftop of Apple headquarters. This beautiful love song features fine piano work from guest musician Billy Preston, and inspired bass playing and harmony by Paul. John was feeling so vulnerable at the time that he asked Ringo for an especially loud crash of the cymbal during the song’s introduction to give him the “courage to come screaming in”. This style of emotionally raw and authentic songs would continue for the next couple years, especially for his debut solo album Plastic Ono Band. Here was the beginning of a time when he dug ever deeper into his psyche to purge whatever was hurting or the least bit phony. As John transitioned from being a Beatle to going out on his own, it’s no wonder that he was pleading with Yoko to be there for him, to never let him down. He knew there were going to be tough times ahead.

The Aces in the tarot deck can all be interpreted in two fundamental ways: first, as a pure expression of the element indicated by the suit; and second, as a new experience of the element as indicated by the suit. In terms of number, an Ace – or the number “1” – symbolizes purity or a beginning. Since Cups is the suit of emotion, the Ace of Cups indicates either a pure expression of love or a new occurrence of love.

By either interpretation, the Ace of Cups is a good fit for “Don’t Let Me Down”. The song is both an expression of unadulterated love, featuring simple lyrics delivered with soul-baring intensity. And it is about a new occurrence of love, with John singing during the bridge that he’s “in love for the first time”, even though he’d been married before. With Yoko, John had found a depth of love that can best be described as a soulmate. They would be married just weeks later. She never let him down.

“I’m in love for the first time

It’s a love that lasts forever

It’s a love that had no past.”

This is song #50 of the Beatles Song Tarot Project. Click here to learn more about this magical, mystical trip through the Beatles catalogue. (scroll down for the version released as a single)