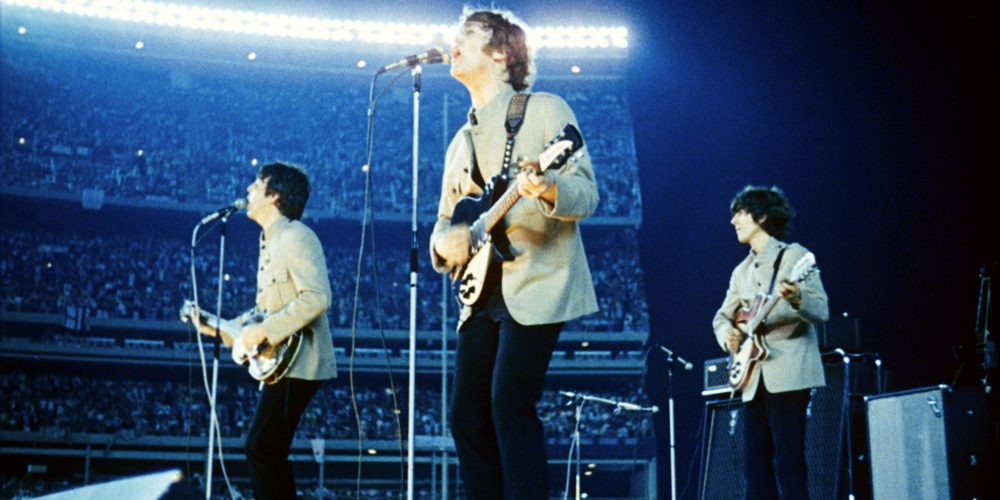 The album Help! was unofficially the last of the Beatles’ early period. (Things would change quite dramatically with the release of the follow up, Rubber Soul.) And as they had done with their very first album, the Beatles chose to close Help! with an energetic cover song, sung with gusto by their leader, John Lennon.

“Dizzy Miss Lizzy” was written and originally performed by Larry Williams, who was a close friend and labelmate of Little Richard. John was a big fan of Williams and recorded three of his songs with the Beatles. It’s easy to see why Lennon liked his music. Along with “Slow Down” and “Bad Boy”, “Dizzy Miss Lizzy” is macho, fun to dance to, and perfect for bringing out the best of John’s screaming vocal style.

The Beatles included “Dizzy Miss Lizzy” in their 1965 American tour, including the infamous Shea Stadium concert. Several years later, while performing without his Beatle bandmates, John included this as one of just eight songs in his performance with the Plastic Ono Band in Toronto. Lyrically, the song is about uncontrollable desire for a beautiful woman. The song’s title is a little misleading; notice it’s not Lizzy who is “dizzy.” It’s the singer who is dizzy, being driven mad by his desire for her. John’s impassioned vocal style is perfectly suited for the lustful theme of the song.

As is the tarot’s Knight of Wands. Knights are the cards of extremes, and the suit of Wands correlates to the classic element Fire. Put these two aspects together and you have the card that indicates an outburst of energy, enthusiasm, or passion. It’s like an inferno that burns very hot and is nearly impossible to control.

We’ve already looked at two other Beatles songs that correlate to another amorous Knight, but “Dizzy Miss Lizzy” is notably different. With this song we have extreme energy which we would not characterize as emotional, chivalrous or romantic. It’s carnal, plain and simple.

For further proof of this song’s relationship to the element Fire, just listen to the words and delivery of the line, “C’mon give me fever!”

“You make me dizzy, Miss Lizzy

When you call my name

This is song #26 of the Beatles Song Tarot Project. Click here to learn more about this magical, mystical trip through the Beatles catalogue.