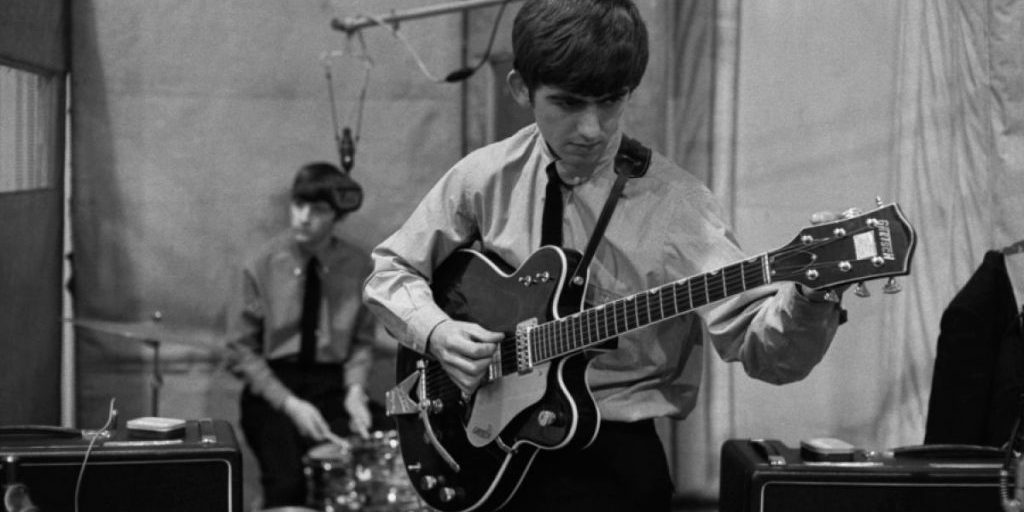 “Chains” was the first of two songs sung by George on the Beatles’ debut album, Please Please Me. It was written by legendary songwriting team Goffin and King, and originally recorded by girl-group, The Cookies. Gerry Goffin and Carole King were a married couple who composed many huge hits from the early 60’s, including “The Loco-Motion” by Little Eva, “Up on the Roof” by The Platters, and the sublime “Will You Still Love Me Tomorrow” by the Shirelles.

This one is a song about infatuation. The title refers to how the singer feels completely captive to the object of his desire. He’s not free because he’s obsessed with her. This is a typical tale of teenage puppy love. Look back on your teenage years and you probably remember a time or two you felt in chains by a crush you had on someone. The tarot’s Devil card is a good fit for this song because it symbolizes something or someone that holds power over you.

Love is such a primary emotion that its positive and negative expressions are not too different from one another. There’s a fine line between feeling genuine affection towards someone and obsessing over them, especially if that affection goes unreciprocated. Adolescents feel these differences between positive and negative expressions of love viscerally, as their surging hormones often cause them to swerve back and forth between the two. Of course, good love can turn bad for adults too, as evidenced by a nasty divorce or a passionate love affair that ends in heartbreak. The close connection between positive and negative expressions of love is wonderfully illustrated in the Waite-Smith tarot deck. In her depiction of the Devil, Pamela Coleman Smith drew a close approximation of the Lovers card, except almost like a photographic negative. These two opposite cards represent the opposite archetypal expressions of love: the Lovers bright and sunny; the Devil its dark opposite. The link between them is also supported numerologically, since both the Lovers (card #6) and the Devil (#15) correspond to the number 6, the number symbolic of integration, union, and love.

When you draw the Devil, consider what’s happening in your life that has you chained. What’s going on that has you giving away your sense of freedom? Notice on the card that the chains around the lovers’ necks are tied very loosely. You can break away, as soon as you acknowledge the bedeviling force in your life and decide to free yourself of it.

“Chains, well I can’t break away from these chains

Can’t run around, cos I’m not free

Whoa, these chains of love won’t let me be, yeah.”

This is song #49 of the Beatles Song Tarot Project. Click here to learn more about this magical, mystical trip through the Beatles catalogue.