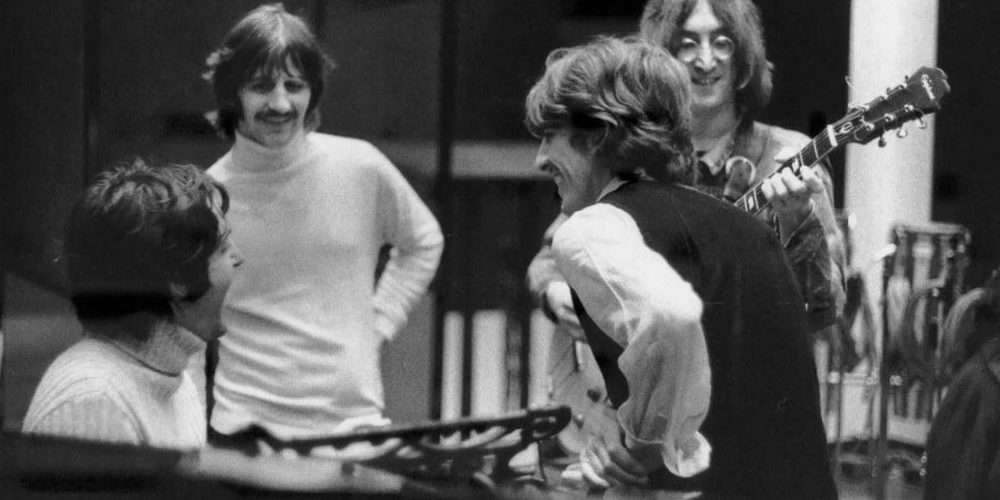 The second record of the White Album opens with one of the most recognizable and catchy riffs in rock music. This song is fun to sing along or dance to, perfectly befitting a birthday celebration. “Birthday” was primarily composed by Paul, whose girlfriend Linda Eastman was celebrating a birthday the following week.

The song came together very quickly, during one day of recording in September of 1968. On that day, the Beatles watched the movie The Girl Can’t Help It, featuring music by Little Richard, Fats Domino, Gene Vincent, and others. Perhaps inspired by their heroes, they returned to the studio and completed the recording late in the night. Adding to the fun, Yoko Ono and Pattie Harrison pitched in with some backing vocals.

Paul said later that “Birthday” was one of his favorite tracks off the White Album because it was created so spontaneously and effortlessly. Inspiration and creativity are products of the element Fire, represented by the suit of Wands in tarot. The element Fire also coincides with energy, and there’s no denying “Birthday” has plenty of that! 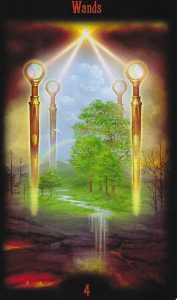 Meanwhile, the number “4” symbolizes completion or manifestation. A birthday, of course, is the completion of a year of our lives. It is a celebration of being manifest, in other words of being alive. Put these elements together and we see how the 4 of Wands is a perfect fit for this song.

It’s worth noting, the 4 of Wands has already been chosen as a good match for a song off the White Album. And the two songs have plenty in common: They’re both primarily composed by Paul, who had emerged as the band’s leader by this point. Plus, each song was chosen as a lively opener for one of the two records of the White Album. Finally, they’re both upbeat and fun, celebrations filled with cheerful energy.

Whenever you draw the 4 of Wands, you can use the word “celebration” as a keyword to get your intuition flowing. What are you celebrating? What are you grateful for today? Think of something you’ve completed or manifested because it’s now time to acknowledge it and rejoice in it. Even if it’s not something momentous enough to be “going to a party party”, you’re still encouraged to celebrate it within yourself. It’s joyous and healthy to do so.

“They say it’s your birthday

We’re gonna have a good time

Happy birthday to you”

This is song #25 of the Beatles Song Tarot Project. Click here to learn more about this magical, mystical trip through the Beatles catalogue.