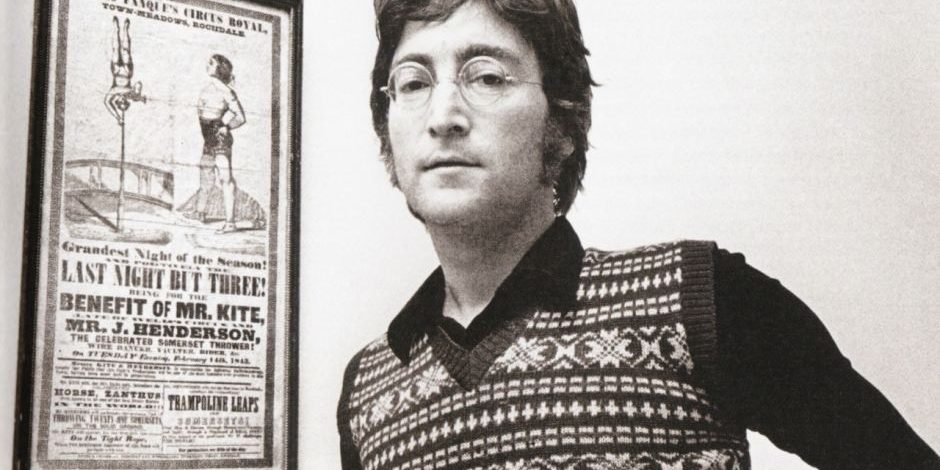 Side 1 of Sgt. Pepper concludes with this two-and-a-half-minute kaleidoscopic dreamscape. Those hearing it for the first time probably weren’t sure what to expect looking at its odd title, but as the only Beatles song with an exclamation point, it was likely to be something special. It serves as a fittingly psychedelic conclusion to the first half of the record.

All of John’s contributions to Sgt. Pepper were inspired by items found around his home. In the case of the dazzling “Being for the Benefit of Mr. Kite!”, the lyrics were lifted almost verbatim from a Victorian-era circus poster he had recently purchased. John altered a few of the details, but basically the entire song is as written on the poster. He said later that the song was “pure, like a painting, a pure watercolour”.

For the song’s arrangement, John was looking for a carnival atmosphere and told producer George Martin he wanted to be able to “smell the sawdust on the floor.” Martin, as always, rose to the challenge. Working with studio engineer Geoff Emerick, he found a way to create the right ambience through innovative studio trickery. They found old tapes of calliope music, chopped them into tiny pieces, and then spliced them back together. This created a wondrous mural of sound, capturing the mysterious aura of a 19th Century circus show. Mr. Kite is a sensational performer, consistent with the spirit of the tarot’s Magician. When we think of magicians, we envision being dazzled by feats of trickery and skill. When we get this card in our readings, we are encouraged to see ourselves as Magicians too. What kinds of brilliant feats are we ready to accomplish? Look to the other cards in the reading for context and know that you have the ability to perform brilliantly like Mr. Kite, but in your own unique way.

This song is also befitting of the Magician because it illustrates the Beatles at the peak of their creative powers. We might take it for granted now, but what they were creating in the studio at that time was revolutionary. They were dialed in to another dimension, as true magicians with supernatural powers. Like Mr. Kite, they were “challenging the world”, creating a production that would also be “second to none”.

In the final verse we’re promised “A splendid time is guaranteed for all.” Then – Abracadabra – for the final 45 seconds, we’re taken on a hallucinatory trip through a swirling, mystical soundscape.

“Over men and horses, hoops and garters

Lastly through a hogshead of real fire

In this way Mr. K. will challenge the world!”

This is song #28 of the Beatles Song Tarot Project. Click here to learn more about this magical, mystical trip through the Beatles catalogue.