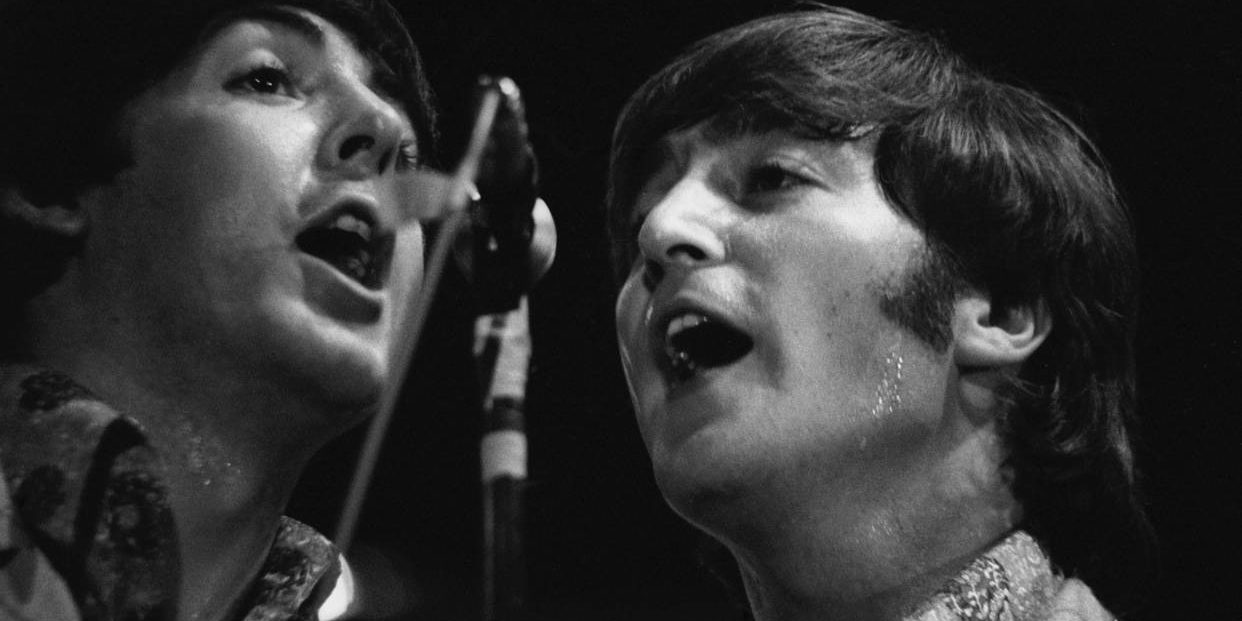 On the heels of the cheerful A Hard Day’s Night album and movie, the Beatles made a conscious decision to write songs that were a little darker and more serious for their follow-up. The first song they recorded for their next album, Beatles For Sale, was “Baby’s In Black”. Sung in perfect harmony by John and Paul, it is a magnificent duet that touches upon the subject of death.

Lennon and McCartney wrote the song as they had many of their earliest hits: face to face, trading ideas for lyrics and melody. The result was a waltz, which they often chose to include in their live sets. Introducing the song in concert, they would often say, “and now for something different”, a warning that they would be switching gears from their usual sunny pop to something more somber. Lyrically, “Baby’s In Black” is about the struggle to move on after a loss. The singer of the song is infatuated with a woman who is mourning the loss of her former lover. Although it’s not clear whether that lover has actually died or simply broken up with her, the woman is consumed with grief. She dresses in black, unable to say goodbye, while the desperate singer wants only for her to wake up and see that he wants to be with her.

The Death card symbolizes letting go of something that has run its course. Getting this card in a reading rarely signifies actual death, but it does invite us to see some aspect of our lives where we’re holding on to something that is ready to be released. Death is understandably one of the great sources of fear for many of us, and the same is true for metaphorical deaths as well. But once we have the courage to acknowledge what is finished, and give thanks for the good it has served us in the past, a peaceful closure clears the way to be reborn into a new state of being.

You may get chills at the desperation found at the :50 mark of the song, as they cry, “Oh, how long will it take?” If she would just accept that her former lover is gone, she could finally find her true love is right here, waiting for her. He wishes she knew that a transformational rebirth is just on the other side of letting go.

“She thinks of him,

and so she dresses in black.

And though he’ll never come back,

This is song #34 of the Beatles Song Tarot Project. Click here to learn more about this magical, mystical trip through the Beatles catalogue.

Scroll down for a live version of “Baby’s In Black”.