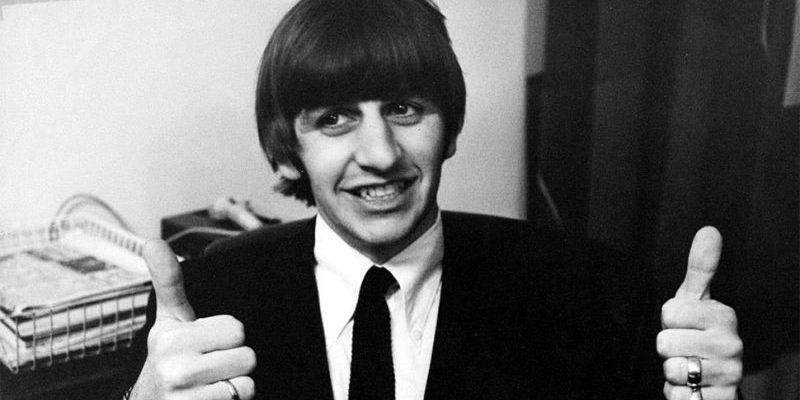 As the Beatles were finalizing the Help! album, they realized it was still lacking a song sung by Ringo. The band had intended for their drummer to sing a Lennon-McCartney song called “If You’ve Got Trouble”, but everyone was unsatisfied with how it turned out. So Ringo selected this #1 hit country record by Buck Owens & His Buckaroos. Ringo liked country music, and “Act Naturally” suited his vocal range and self-deprecating style.

The Beatles almost always made sure to include one Ringo song on their albums and in their concerts. “Act Naturally” became part of their live act, including their infamous 1965 Shea Stadium concert and their final live performance on the Ed Sullivan show. It was the only time Ringo took lead vocal duties on the TV show, where he endearingly introduced himself as “all nervous and out of tune”. The fans went wild.

Although “Act Naturally” didn’t appear in the film Help!, its lyrics describe Ringo’s attitude toward acting. If you’re casting a movie and need a fool who’s sad and lonely, he’s a perfect choice. All he’ll have to do is act naturally. The song is such a perfect fit for Ringo’s unassuming and amiable style that it has remained in his live act throughout the years since the Beatles broke up. A Fool can’t help but act naturally. That’s what makes them foolish; they have no agenda and they’re not concerned with how they’re being perceived. They live in the moment, without the baggage of ego. This tarot card represents the free spirit within all of us. It symbolizes the part of us that is innocent, childlike, and authentic. A Fool doesn’t take themselves seriously, which is what makes them so disarming and likeable.

Ringo’s role within the Beatles was often to be the Fool. While the other three had such otherworldly talent, Ringo was down to Earth, humble, and relatable. He was the most approachable Beatle and the easiest to love. He may not have won an Oscar for his lead role in Help!, but Ringo was a very big star. In the movie and as a Beatle, all he had to do was act naturally.

Then I’ll know that you will plainly see

The biggest fool that ever hit the big time

And all I gotta do is act naturally.”

This is song #43 of the Beatles Song Tarot Project. Click here to learn more about this magical, mystical trip through the Beatles catalogue. (Please scroll down to see a live performance.)