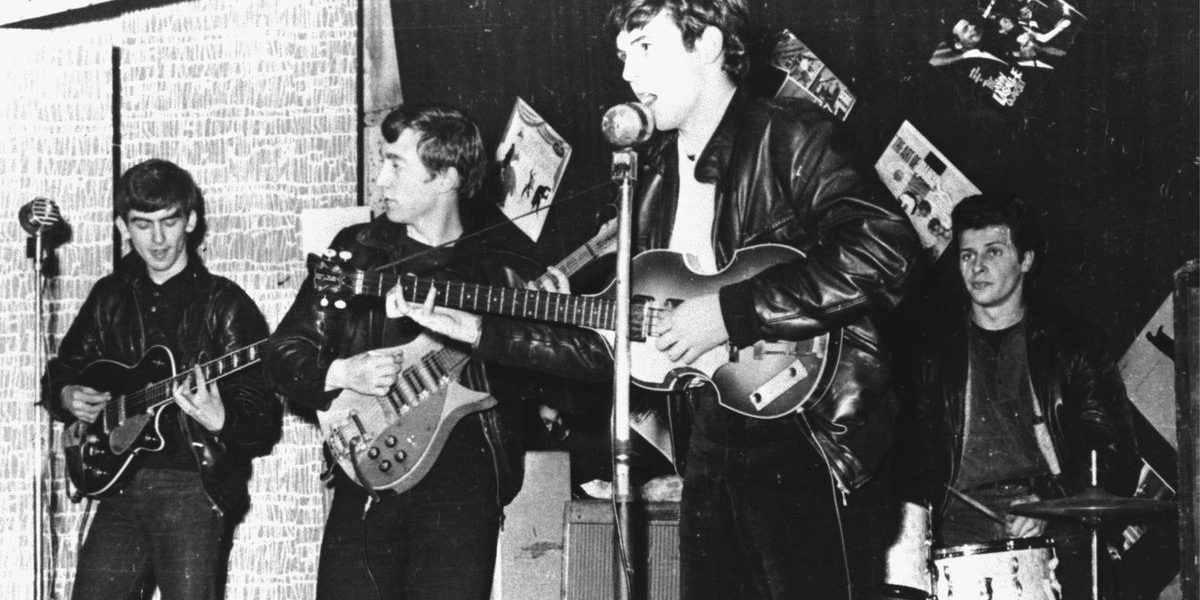 “A Taste Of Honey” has a real dramatic feel to it. And for good reason: the song was originally written for a Broadway version of a British play. This tune from Side 2 of The Beatles’ debut album was part of their live act going back to their days cutting teeth in Hamburg, Germany. An instrumental version of the song was made famous by Herb Alpert and the Tijuana Brass a few years later.

Tough rocker John wasn’t a fan of these kinds of syrupy ballads, but Paul’s many admirers loved to watch him croon sweet love songs. Although the song is very simple, it has a moody and epic quality to it, like it could be from a western. Our hero is far from his beloved, on some kind of lengthy journey, and he’s counting the days until he can get back to her. In the song’s bridge we hear the determination in his voice, proclaiming, “I will return!” I can easily imagine hearing this song as the hero rides his horse into the sunset and the closing credits roll.

Grand romantic gestures are akin to the tarot’s Knight of Cups. We’ve seen his type in fairy tales for centuries. He is the archetypal “knight in shining armor.” He ventures forth on tales of brave heroism and returns home gloriously to claim his love.

In a recent post, we saw a different side to the Knight of Cups. In that case he was seductive, free-spirited, and artistic. Here, with “A Taste of Honey”, we see the side of him that is adventurous, sentimental, and chivalrous. The common thread of all these characteristics is the extremes of emotion. They are all different expressions of the Knight of Cups archetype. Tarot’s suit of Cups relates to the classic element Water. When you draw a card of this suit, associate it with the depths of the emotional realm. Meanwhile, all four Knights in the tarot represent extremes. Put these two forces together – Knights as extreme and Cups as Emotions – and we see how this card can represent all the characteristics we’ve explored in these two songs.

The Beatles performed a lot of love songs, so don’t be surprised if we see the Knight of Cups reappear on this list. And when it does, we’ll have another opportunity to explore the characteristics of the card, and how they may relate to us in our own lives.

“Yours was the kiss that awoke my heart

That taste of honey

Tasting much sweeter than wine”

This is song #11 of the Beatles Song Tarot Project. Click here to learn more about this magical, mystical trip through the Beatles catalogue.